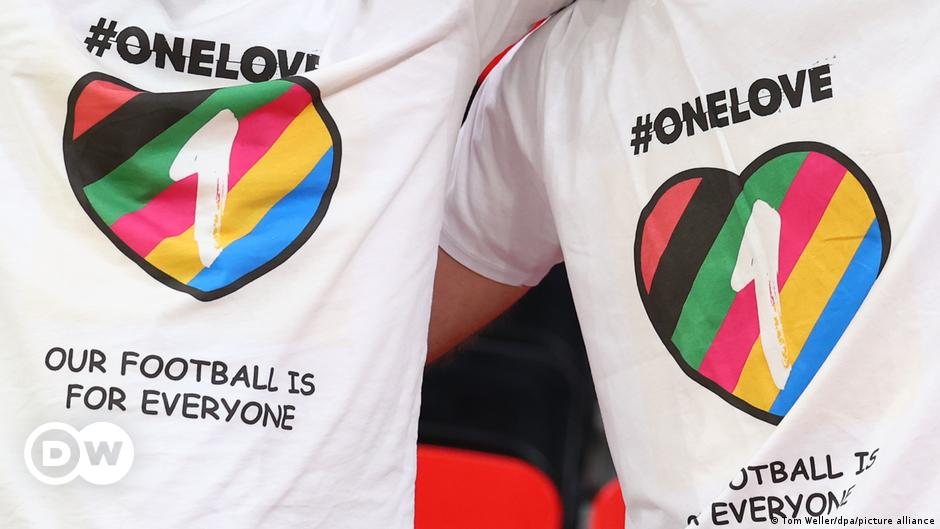 The day after the national team blew their World Cup opener against Japan began with German fans harboring an emotional hangover. But what really sickens many is the sight of FIFA President Gianni Infantino watching the match with German Interior Minister Nancy Faeser, who took off her coat to reveal she was wearing the ‘One Love’ bracelet which FIFA prevented German captain Manuel Neuer from wearing.

Faeser did so with the intention of making a statement that Neuer, under the threat of FIFA sanctions (starting with a yellow card), was not allowed to make. But in reality, her “explanation” was just an expression of helplessness. Under the current structures, Germany and its FA (DFB), the world’s largest national sports federation, are helpless in the face of FIFA, which has rammed through this World Cup in Qatar.

It was always clear that FIFA would not stray an inch from its “no politics” course when it comes to what happens on the pitch. Nevertheless, seven national FAs chose to allow their players to express their personal and collective views at home under pressure from the general public.

Such gestures will generate attention and likes on social media. But they won’t change anything. Nor will a lawsuit against FIFA, officially a non-profit organization currently under consideration by some national football associations, be considered.

What would have really put FIFA and Infantino on the spot would have been an opposition candidate in the federation’s next presidential election in March. Not a symbolic candidate, but a credible person who seriously stands for real change at FIFA.

The moment is over. To have any hope of success against Infantino, who has long since won the loyalty of many national FAs through financial channels, this process should have been initiated years ago.

So, what is the available course of action if you don’t want a corrupt, money hungry and unscrupulous global governing body to destroy your passion for football? The answer is to leave FIFA.

The DFB must pull out of FIFA and join like-minded FAs from Europe, South America and beyond to create a new world governance, where transparency and sustainability are paid more than just lip service.

This would be their chance to establish an alternative body and show that those who have long been part of and benefited from FIFA’s corrupt and unscrupulous system have learned their lesson. An opportunity to strive for meaningful and effective change.

This article is taken from German.