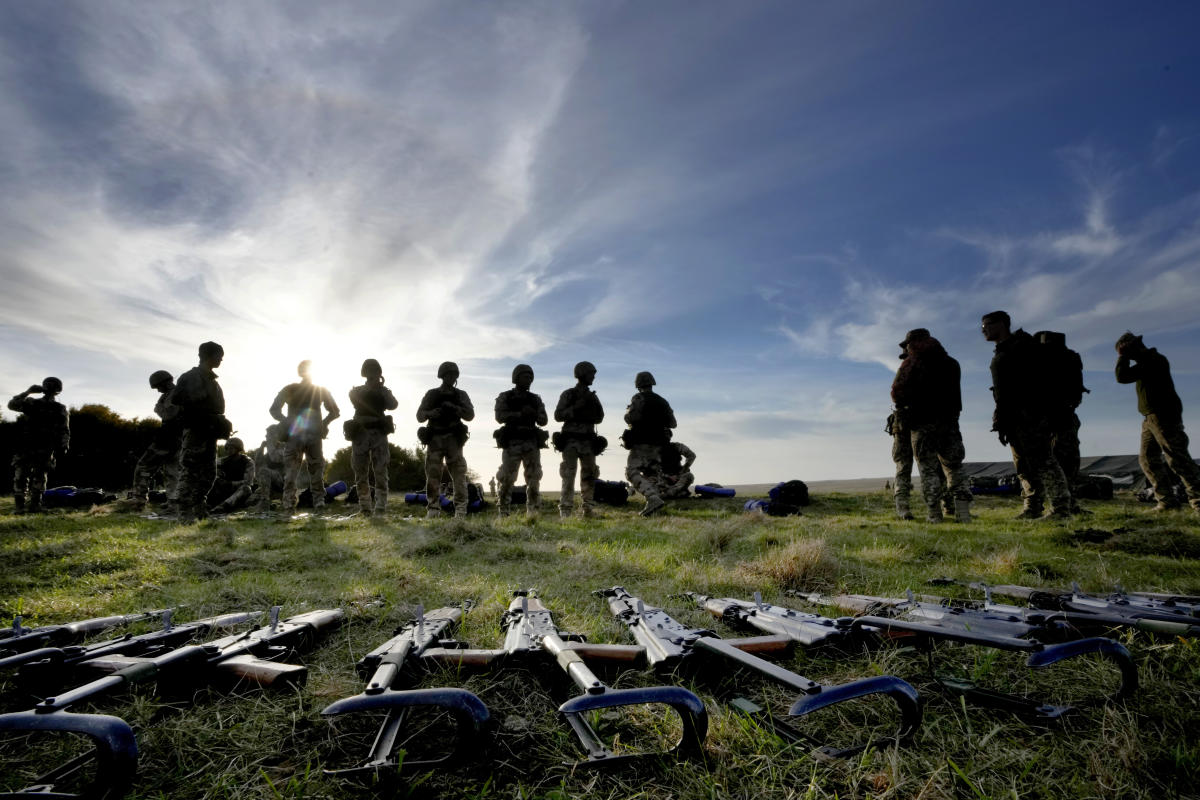 With Republicans officially taking over the House, Ukrainian supporters have cause for concern.

At the start of Russia’s attack on Ukraine, the vast majority of GOP lawmakers joined Democrats in condemning the invasion. Many Republicans even criticized the Biden administration for not doing more to help Kiev. However, as the war has dragged on, sentiment in the party has shifted, with 48 percent of Republicans now saying the US is doing too much for Ukraine, up from 6 percent in March. And the erosion, likely stemming from the kind of Ukraine-skeptical rhetoric among some on the right, is seeping into Capitol Hill. A growing number of Republicans in Congress are now voting against or vowing to aid Ukraine. The pressure to vote against Ukraine can only increase if the US plunges into a deep recession in the coming months.

Kevin McCarthy, likely the next speaker of the House, has expressed doubts about writing a “blank check” to Ukraine. But Republicans don’t have to and shouldn’t make indefinite commitments. What is needed is a proper oversight of aid to Ukraine, a renewed commitment from our allies, and a reality check of the global threats facing the United States.

Here’s how to maintain and build support for Ukraine within the GOP.

First, Republican supporters of the House of Ukraine must immediately announce war oversight plans in Ukraine. At first glance, such a move could be seen as hostile to Ukraine’s aid. But Republicans should be able to look taxpayers in the eye and say they voted for aid, knowing that it had unprecedented scrutiny.

Republicans have rightfully been deeply skeptical of President Joe Biden’s conduct on foreign affairs since the failed withdrawal from Afghanistan and need to be assured that the Biden administration has a plan beyond arms transfers. Republicans should be against indefinite pledges, subsidies for broken international agencies, and funding that amounts to nation-building. This should satisfy anyone worried about handing a “blank check” to Ukraine. Holding the Biden administration to account doesn’t have to mean cutting aid to Ukraine; it’s a way for Republicans to be good stewards of taxpayers’ money while ensuring that the money is spent efficiently and effectively.

Second, Republicans need to be convinced that Europe is a real partner, and the news is often not reassuring. Recently, POLITICO reported that an EU repayment fund intended to replace arms shipped to Ukraine is woefully underfunded and has not made its first disbursement. The European Commission is also having difficulty fulfilling commitments to help Ukraine with direct budget support. Ukraine’s failure to help reinforces the common perception in Washington that some Europeans are freeriders under the US security umbrella.

Specific concerns usually arise in relation to Germany, the EU’s largest economy. Too often it seems that Germany is saying the right things, but not offering enough tangible support. For example, Germany recently reneged on its commitment to provide Ukraine with Leopard 2 tanks and Marder infantry fighting vehicles. As the Lithuanian foreign minister put it: “Tanks speak louder than words.”

After the new Congress is convened, German Chancellor Olaf Scholz should come to Washington to reassure skeptics that Germany is committed to Ukraine and that Germany will honor its NATO defense commitments. This would help renew a US-German partnership and reaffirm ties amid a dangerous geopolitical climate. At the same time, Republicans should try to meet the Germans halfway by acknowledging that Germany’s “change through trade” policy — in theory pushing Russia to liberalize because of closer economic ties — is beginning to change for the better. Because of a self-described “epochal shift” in thinking, the Germans have come to accept that their Russia policy was too much trade and too little change. By noticing Germany’s progress, the US will have more credibility to push harder for tangible action to support Ukraine and fund its own security.

Third, the pro-Ukrainian Republicans must make it clear to their colleagues that countering Russia could inflict geopolitical defeat on its “friendship without borders” partner China. These determined American opponents have a common goal: to weaken the US and the post-World War II system built on freedom, economic openness and democracy. According to US intelligence, China and Russia are “more aligned than at any time since the mid-1950s.” A loss for Russia is a loss for China.

The Biden administration can also build support for Ukraine by convincing Congress that it is serious about China’s threats to take over Taiwan. Some Republicans are naturally suspicious of the Russians, but see China as the biggest threat and want more action from the White House. While the Biden administration’s official national security strategy notes that China is “America’s greatest geopolitical challenge,” there is no accompanying call for additional resources. The administration can remedy this deficiency by forging an alliance with congressional’s most unlikely allies in the conservative Republican Study Committee. The 2023 RSC budget supported the Pacific Deterrence Initiative and other unfunded priorities critical to our military posture in Asia. If Biden moves to Asia, he could help consolidate Republican support for Ukraine.

The Ukrainians have the Russians on the run and need more time and weapons to get the job done.

U.S. taxpayers have been generous to Ukraine, and as we ask more of them, it’s entirely appropriate that congressional Republicans use their oversight powers. Congress is also right to demand more from our allies and to put pressure on the government over its Ukrainian policies and for safeguards against waste and abuse. This could increase support for Ukraine on Capitol Hill and among the wider public.

Congress must stand firm with Vladimir Putin and show that the democratic West is steadfast and resolute in the face of geopolitical enemies. This is the first war of the new superpower competition with Russia and China. It’s too important to lose.