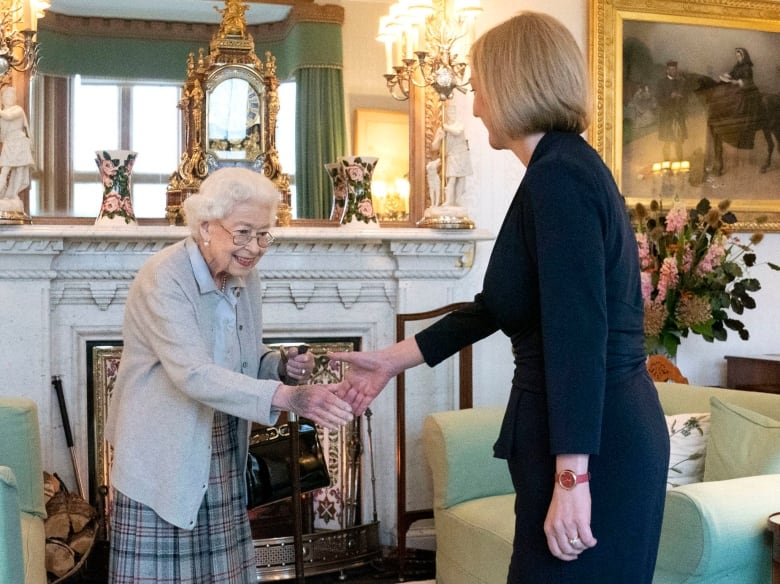 This column is an opinion of Jessica Barrett, a freelance journalist based in Calgary. Please see the FAQ for more information on TBEN’s Opinion section.

Within minutes of the Queen’s death hitting the news cycle, the group chat I have with a handful of close female friends exploded.

At first, most of us didn’t seem to have strong feelings about the Queen or her passing, but as the conversation turned to what comes next, things got more passionate.

For a generation of women who grew up with the ideals of third-wave feminism, the idea of ​​returning to a king as our head of state — and not just King Charles but any king — feels uncomfortably regressive. It is like submitting to patriarchy in its most literal form.

In fact, it signals a return to a disturbing status quo.

When Elizabeth II took the throne 70 years ago, female world leaders were an anomaly. Most had claimed power through stroke of luck in history or gaps in male succession, such as the series of unlikely events that led to Elizabeth becoming queen. She ruled for eight years before the world saw its first democratically elected female leader in 1960, Sirimavo Bandaranaike of Sri Lanka.

One would have hoped that in the decades since, substantial progress would have been made toward gender equality in democratic spheres, so that losing the example of female leadership from a hereditary monarch wouldn’t be remarkable to someone like me. That didn’t happen.

How far have we not come yet

Only 22 of the 193 countries had female heads of state or government by May 2022, according to the Council for Foreign Relations. Only 13 had gender equality in the national cabinet and only three in a national legislature. At this rate, it will take 130 years for the world to achieve gender equality in the highest positions of power, the United Nations predictions.

While by no means universal, the tendencies of women leaders are much needed in our increasingly polarized and often legally crippled age.

Then there is the matter of representation.

According to researchers at Harvard Business School, women exposed to female leaders in their chosen field are more likely to associate women with leadership and rate themselves higher in qualities such as intelligence and competence. Role models are important.

It’s not that there hasn’t been progress, much of it in my own life.

I lived in BC for years with Christy Clark as Prime Minister and watched Alison Redford and then Rachel Notley come to power next door in Alberta. Since moving to Calgary, the city elected its first female mayor in Jyoti Gondek, and Alberta looks set to face a political showdown between two women — NDP’s Rachel Notley and UCP leader Danielle Smith — in next year’s provincial election. .

We also penetrate at the federal level. Canada is one of the countries with gender equality in cabinet, and our first female finance minister, Chrystia Freeland, has improved the lives of many new mothers (including me) by correctly identifying and funding childcare as a national issue.

But when it comes to the highest seats of power, the cracks in the glass ceiling remain too small for many women to slip through. Leaders like Finland’s Sanna Marin, New Zealand’s Jacinda Ardern, Britain’s Margaret Thatcher and Liz Truss or India’s Indira Gandhi stand out precisely because they are exceptions. Their names stand out among male leaders who are too numerous to remember.

I can still feel my heartache over Hilary Clinton’s defeat to Donald Trump in 2016 and the shared humiliation of watching a situation so many women have endured—losing a top job to a less qualified man—on the world stage.

Rather than rise to the highest office in greater numbers, it has instead become common to see female candidates routinely relegated to second place, or handing over the seat of power in a moment of crisis.

I remember my mother’s dejection when Kim Campbell of the… glass cliff after her brief tenure as Canada’s first and only female Prime Minister in 1993. This is despite the fact that my mother has never considered herself a conservative, suggesting a more hidden impact of the gender leadership gap.

There are so few top-level options that women often don’t have the ability to support candidates who align with our political views and our need for representation.

As a result, we are forced to do emotional labor that men are largely spared. We struggle privately with complicated feelings, analyze mixed loyalties, and work through the exhausting implications of systemic inequality in silent conversations between mothers and daughters. Or in group chats with friends.

This is exactly how I faced a surprising sense of loss this month.

I am not a monarchist, but in Queen Elizabeth II the world had a woman in the highest seat of power for seven unheard of decades.

What I mourn is the loss of that powerful symbolic influence—and the fact that 70 years wasn’t long enough to level the playing field so that her absence wouldn’t leave such a noticeable void.

Do you have a strong opinion that can add insight, illuminate a problem in the news, or change the way people think about a problem? We want to hear from you. Here is how to pitch to us.