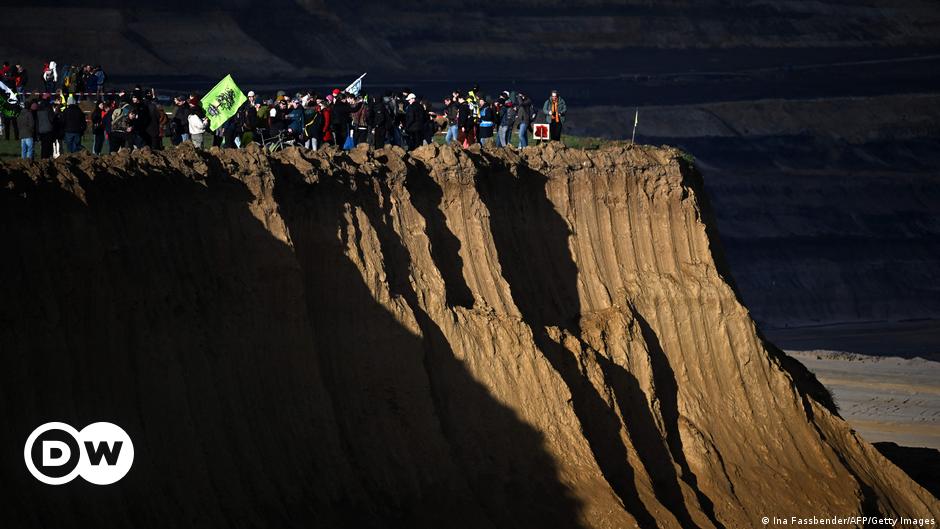 The sprawling open-pit coal mine of Garzweiler in West Germany has already consumed some 20 villages. But as it grows like a tumor on fertile farmland, a monstrous excavator with its spinning guillotine demands one last sacrifice.

After a long battle, all residents of the modest hamlet of Lützerath have now sold themselves to coal giant RWE, the last holdout having left a few weeks ago. But the village itself is only a symbol. Campaigners fear its destruction will be a license to mine 280 million tons of lignite, or lignite – the most polluting of its kind – below it.

Hundreds of climate activists have spent two years setting up a blockade in Lützerath to prepare for this moment. They’ve created a DIY fortress and the last line of defense against the expansion of the 200m deep mine they watch from their treehouses.

While one could argue about the merits of throwing soup at masterpieces of art to publicize the climate crisis, this youth-driven movement is now fighting on the front line to limit temperature rise to 1.5 degrees Celsius – that mythical goal of the Paris Climate Agreement that may already be out of reach.

After saving the nearby Hambach forest and several other villages on the outskirts of Garzweiler that were destined to be chewed up and spat out, these climate activists think they can stay in Lützerath for a stay of execution. And they do so during the warmest start of the year ever recorded.

As a phalanx of police in riot gear surrounds Lützerath and sometimes clashes with the defenders, it was encouraging to see the world finally take note of this latest stand on the brink of an abyss.

Activists in West Germany protest against coal mine

Mining coal that Germany does not need

The Lützerath blockades rightly feel betrayed by Germany’s Green Party, which is now part of the ruling federal coalition government. Robert Habeck, co-head of the Greens and Minister for Economic Affairs and Climate Action, gave the go-ahead for the destruction of the village after getting RWE to agree to a coal phase-out in 2030 – eight years ahead of schedule. He blamed the war in Ukraine and the energy crisis for the compromise, having already reactivated several coal plants.

But Habeck has put Germany’s climate goals on the line. This one village is a Trojan horse. There is legitimate concern that Europe’s biggest polluter will now step up its coal mining ahead of the phase-out, meaning that emissions will in fact not be reduced. And let’s not forget that RWE is suing the Dutch government for billions of euros for daring to get out of coal and limiting its profits.

The fact that Germany doesn’t even need the Lützerath coal makes the mine expansion an even bigger insult to the climate movement.

A recent study by the Technical University of Berlin and the European University of Flensburg is one of many that concluded that Germany has enough existing coal reserves to compensate for the loss of Putin’s gas. In any case, the coal from the Lützerath will not be processed in time to meet the current energy shortage.

The energy crisis does not justify compromise

And yet the media continues to ask climate activists the same question: it’s just one village, why not walk away and accept a compromise, then it’s all over?

But with temperatures set to rise by at least 2.5 degrees Celsius under the current Paris-insufficient emission reduction pledges, there is no room for compromise.

That’s why thousands of protesters from all over Germany and beyond gathered at Lützerath – and will come again this weekend.

Standing on the thin spit of land between the 900-year-old hamlet and the escarpment of Garzweiler, the occupiers marked a line in the proverbial coal sand.

If they hold out this week and more reinforcements and global media attention follow, the village that stands in the way of a final foray into fossil fuels deserves to survive.