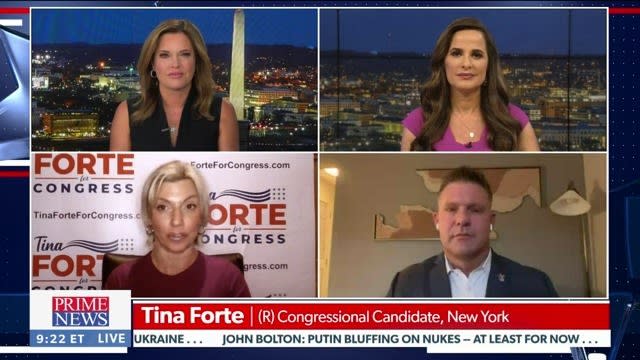 Tina Forte, the QAnon-promoting Republican challenger for Rep. Alexandria Ocasio-Cortez, Thursday claimed that not only do her opponent’s voters endorse her, but so do “the Latino community.”

‘I walked through the neighborhood. I knock on doors. I speak to the people. They don’t want her anymore,’ Forte said.

“I have her voters who support me. The Democrats support me. Ruben Diaz supported me, “she said apparently” referring to a 79-year-old out-of-office Bronx politician who publicly opposes abortion rights and same-sex marriage.

“The Latino community – they support me over AOC because of its radical leftist agenda,” claimed Forte, whose campaign website does not mention a single mention.

In 2020, Ocasio-Cortez won reelection in New York’s 14th congressional district, which is almost half Hispanic, with more than 71 percent of the vote. That year she was endorsed by Mijente, a grassroots organization for “Latin and Chicanx people seeking racial, economic, gender and climate justice,” according to its website.

The Daily Beast revealed on Wednesday that Forte’s husband and son were caught up in a 2019 federal drug and weapons break-in, resulting in guilty pleas by both of them.

ALSO READ  Trump Is Destroyed By His Own Special Master

MSNBC’s Joy Reid Compares Floridians Evacuating Hurricane Ian To Illegal Immigrants: ‘Ironic That They Have To Flow Over The Borders And Move North’

The Bharat Express News - September 28, 2022 0
Man in court for alleged possession of explosives