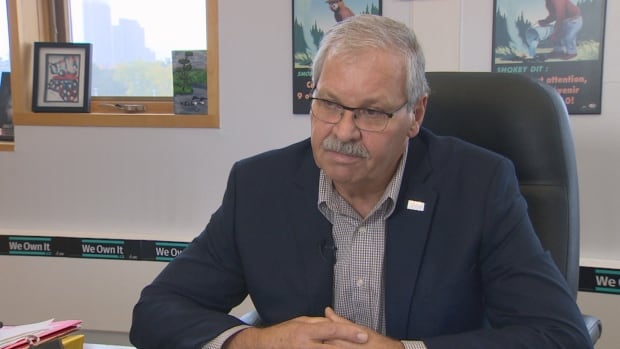 The Ontario Public Service Employees Union is suing three former executives for more than $6 million, alleging the three unjustly enriched themselves by using the union’s money and assets.

A claim was filed in Ontario Superior Court on Monday. In its claim, the union alleges that Thomas and Almeida took action that prompted the union to:

The allegations have not been tested in court. TBEN Toronto has so far been unable to reach the three former executives named in the lawsuit.

The claim states that Thomas served as president for seven terms over 15 years, while Almeida served as first vice president/treasurer for five terms over 11 years.

OPSEU says in the statement of claim that the three have violated their duties to the union.

The union alleges that the financial misconduct took the form of improper compensation and payouts, improper expenses, transfer of vehicles, withdrawals from the strike fund, “completely improper, unreasonable and opaque” settlement agreements that benefited Thomas and Almeida.

The union said it wants to recover all funds and assets embezzled by the three.

“Sunlight is the best disinfectant,” says the president

In the statement posted on the website, Hornick said the news is “disturbing” but “sunlight is the best antiseptic” and that the union is taking legal action to educate its members about current issues facing the union. She called the lawsuit “just a first step.”

The claim follows a forensic audit of the union’s finances after a new board was elected in April, she said. Hornick said she and the new first vice president/treasurer have reviewed the union’s current financial position. That included reviewing contracts, annual accounts and the books.

The union then hired a forensic auditor, a third party who would look into who might be involved and how it affected the union’s finances.

“This information has been crucial in helping us make the right decisions about next steps, and especially how to prevent this from ever happening again. Where anomalies have been found, they have been quickly addressed,” she said.

“We will continue to act and cooperate with the appropriate authorities. We will keep you informed as best we can as things unfold.”

Hornick added that the union’s financial resources remain stable and that it has the means to continue its work of member representation and that OPSEU is determined to examine its financial situation.

“I want to make it clear to you, our staff and members, and the people of Ontario whom we dutifully serve, that we will not waver in our commitment to seeking justice in this matter, and we have the full support of the Board to pursue all available legal avenues.”