Children’s Commissioner Andrew Becroft calls for an urgent and meaningful transformation of Oranga Tamariki – and asks the government to commit to handing over power to the Maori.

This is part two of the commission’s report, Te Kuku O Te Manawa, devoted to the care and protection of Maori babies – and contains a series of recommendations for government and state agencies.

Part one of the report, released in June, details the experiences of Maori mothers of newborns involved in Oranga Tamariki – who said the child protection system was dangerous, brutal and racist.

Part Two, released this morning, focuses on a series of recommendations on how to transform the system for Maori.

“After decades of Maori calls for change, this is an opportunity to listen and do things right for Maori mokopuna,” Becroft said.

The first recommendation called on the Prime Minister and Cabinet to commit to transferring power and resources from government to enable Maori, for Maori approaches that keep the pēpi Māori in the custody of their whānau.

Steps recommended by the commission to achieve this included: a ministerial-level partnership with the Iwi and Maori leaders, agreeing to establish Maori for Maori approaches to the current statutory system of care and protection.

The subsequent recommendations form a plan to make immediate changes to the legal system of care and protection while this transformation is carried out.

These include the fact that Oranga Tamariki is making urgent changes, including explicitly capping the workload of social workers.

The Children’s Commission believes its recommendations will lead to what it calls a new “ sunrise ” that has long been envisioned by many – the achievement of tino rangatiratanga through Te Tiriti o Waitangi, and a future where Maori will be able to make their own moemoe. tamariki and rangatahi. 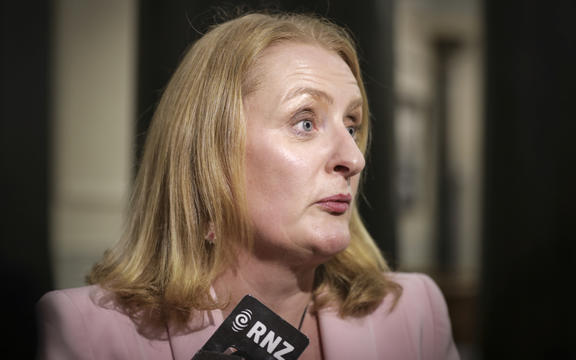 Oranga Tamariki acknowledged the report and said that while the ministry has made progress in these areas, it is crucial to listen to the views of others.

Managing Director Grainne Moss said it was helpful to see that the issues identified in the report were similar to those highlighted in previous reviews.

“We want to make sure the Maori tamariki are safe and well maintained.

“Over the past two years, we’ve seen a 50% drop in the number of pēpi taken care of. This is due to our commitment to working alongside the Maori to support tamariki.

She said Te Kuku o Te Manawa’s recommendations would be assessed alongside the findings of the Waitangi Tribunal’s urgent inquiry, which will meet again in Wellington later this week.

Moss noted that the main recommendation of the Office of the Children’s Commissioner is that the Prime Minister and Cabinet commit to handing over government power and resources to the Maori to enable a Maori-led approach.

Although the organization was committed to moving further in this direction within the limits of the current law, any further changes were the decision of the government and not of Oranga Tamariki.

“We will consider the advice of the Waitangi Tribunal and the instructions from the Ministers before further commenting on the vision expressed at Te Kuku o Te Manawa.”

Children’s Minister Kelvin Davis is not yet available for an interview to respond to the report’s recommendations.