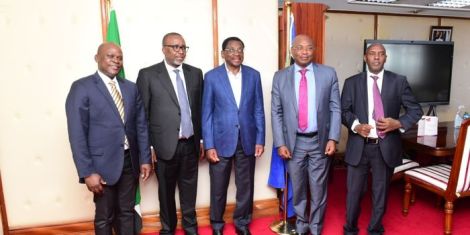 Rice farmers in Siaya County are getting a big boost after Governor James Orengo secures a meeting to fast-track the Ksh 4 billion allocated by the President William Ruto-led government for the rice-growing program.

In a statement released on Tuesday, January 10, Orengo, who met with Agriculture Cabinet Secretary Mithika Linturi, revealed that the rice production program would cost Ksh4 billion.

“(I) held a meeting with senior staff of the Ministry of Agriculture led by Cabinet Secretary Mithika Linturi in Nairobi where the national government announced a Khs 4 billion rice production program with Siaya earmarked for the provinces to benefit from,” the statement said. .

The ministry confirmed the meeting but revealed they were discussing how the two levels of government would work together to promote agricultural extension services.

“The two discussed national agricultural and ranching programs that could benefit Siaya County to increase agricultural productivity and income generation,”

“In the next three years, the government plans to double the irrigated land to 1.4 million hectares.

“Of this, 200,000 hectares will receive rice irrigation and 500,000 hectares of other food crops. Rice production in Bunyala, Tana Delta, Rohole in Garissa, Mwea and Ahero will be given priority,” the head of state announced.

ALSO READ  4 things to consider before upgrading your car

During the campaign period, Ruto illustrated his plans to revive the agricultural sector.

He pledged to establish a revolving fund of Ksh30 billion, which is expected to provide access to capital and agricultural inputs such as seeds and fertilizers.

This, he added, would double or even triple agricultural output. For Ruto, agriculture is the real solution to the high cost of living in rural areas. 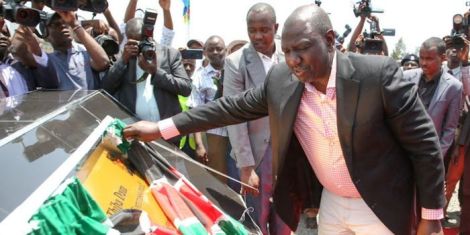