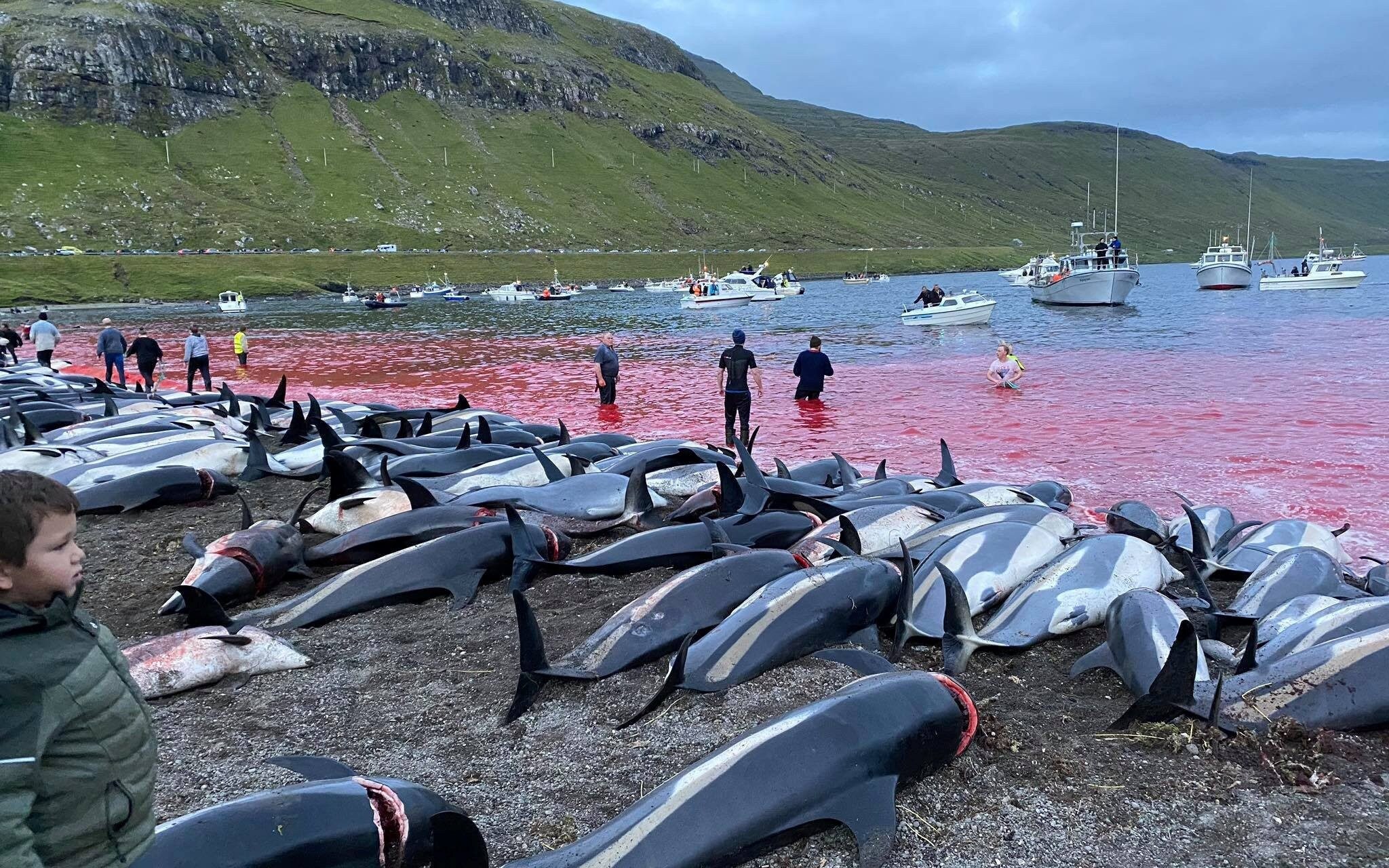 The government of the Faroe Islands, an autonomous Danish territory, is facing an uproar over the slaughter of more than 1,400 white-sided dolphins in one day in what is said to be the largest hunt in the northern archipelago.

“There is no doubt that the whaling hunts in the Faroe Islands are a dramatic sight for people unfamiliar with hunting and killing mammals,” a government spokesperson said.

“The hunts are nevertheless well organized and fully regulated,” he said.

Traditionally, the North Atlantic islands – which have a population of around 50,000 – hunt pilot whales, not dolphins, the spokesperson said.

“There are usually a few in the ‘mill’, but normally we don’t kill that many,” said local television reporter Hallur av Rana.

The “grindadrap” is a practice whereby hunters first surround the whales with a large semicircle of fishing boats, then lead them into a bay to be beached and shot.

ALSO READ  How to eat less sugar in your forties

“It seems pretty extreme and it took a while to kill them all, which is usually pretty quick,” Av Rana said.

Each year, the islanders lead herds of mammals – mostly pilot whales – into the shallows, where they are stabbed to death. A blow hook is used to secure stranded whales and their spine and main artery to the brain are severed with knives. Workouts are regulated by law and the meat and fat are shared on a community basis.

Images showing the bloody corpses of more than 1,000 Atlantic white-sided dolphins on the beach have sparked outrage on social media.