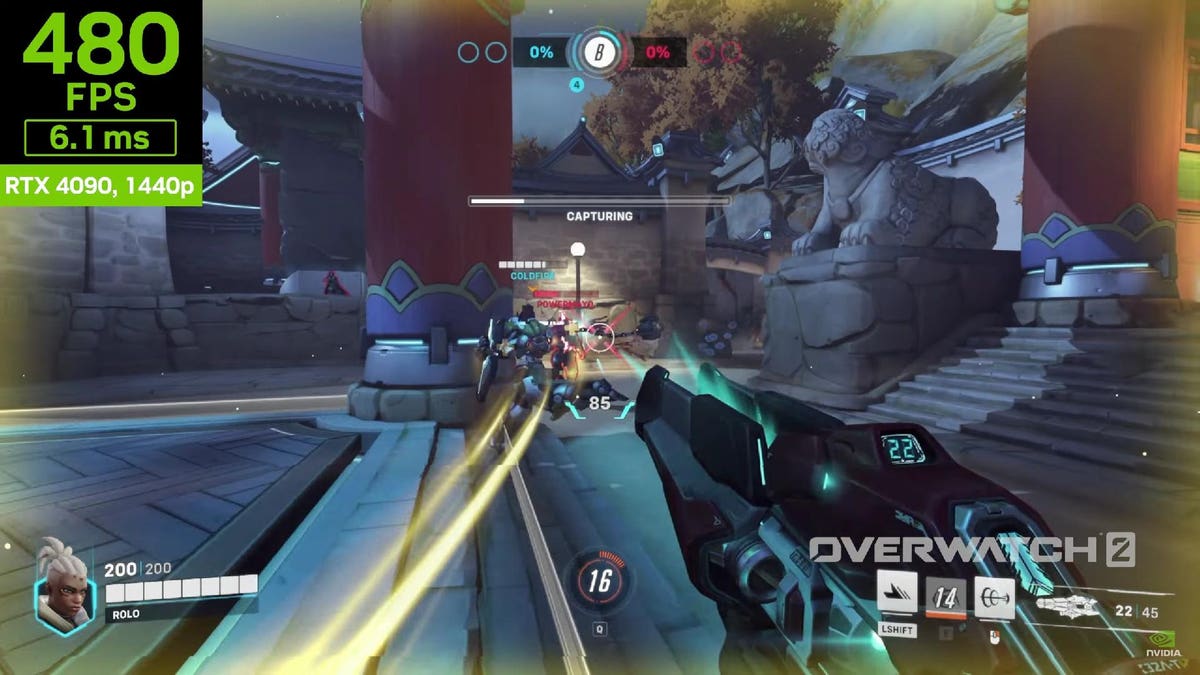 Overwatch 2 does not require particularly high-quality PC hardware. But if you can manage to get your hands on one of NVIDIA’s latest graphics cards, you may be able to play the game at obscenely high frame rates. The frame cap goes up from 400 fps in overwatch to 600 fps in the sequel.

NVIDIA shared a video of Overwatch 2 runs on a GeForce RTX 4090 GPU. The framerate counter stays well above 360fps all the time. It’s in the 400-500 range for most of the clip. It shoots above 500 fps a few times and eventually hits 532 fps at one point. NVIDIA says these high frame rates are achieved with a resolution of 1440p on high settings, with a system latency of less than 10 ms (thanks to the help of the Reflex technology).

Whether you can take full advantage of those high frame rates while trying to headshot a Tracer is another matter. Not only do you need an expensive gaming PC, there’s little point in hitting framerates north of 360 if you don’t have a compatible monitor.

We’re just starting to see screens with a 500Hz refresh rate, so 600Hz monitors are still a while away. At least have the opportunity to run Overwatch 2 at 500+ fps it may not matter much if your reaction times are as slow as molasses. It sure is nice to have the option, though.