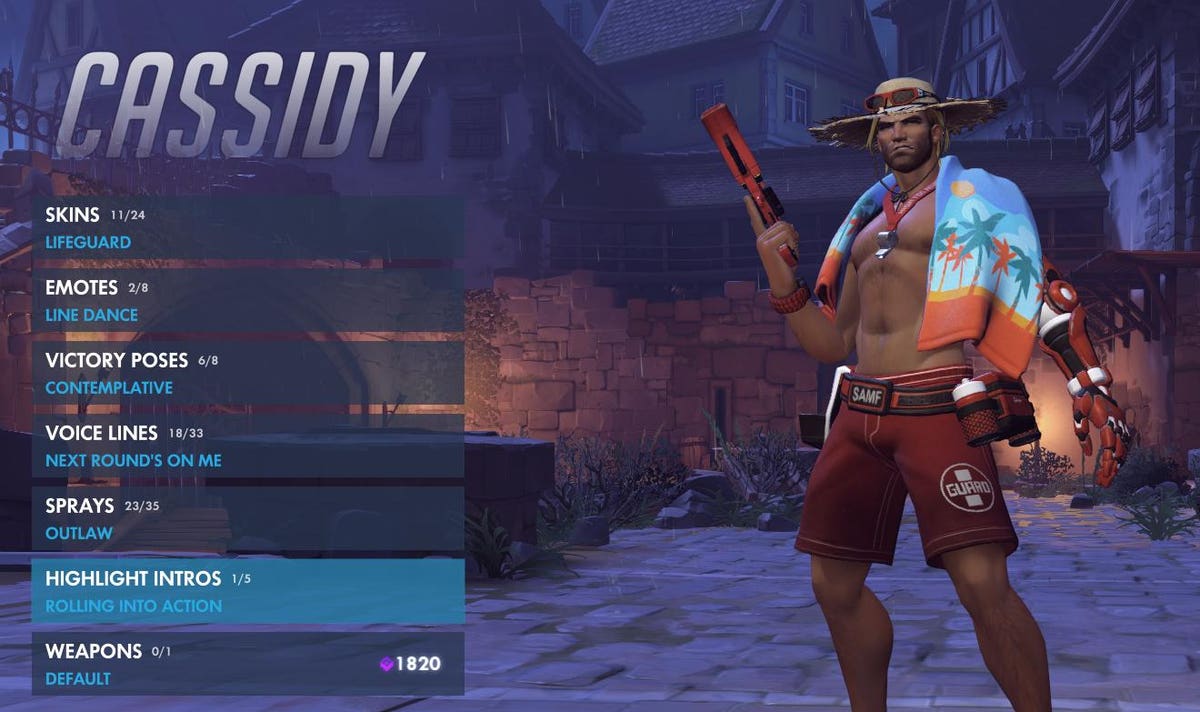 The last Monitoring patch is here, and it’s time to say goodbye to the former name of the cowboy hero, Jesse McCree. As of this writing, the character is officially known as Cole Cassidy in-game following the rollout of the latest patch.

The vocal lines, sprays, and in-game text have all been updated with Cassidy’s name. Because her new name is now alphabetically ahead of many other characters, her position in the Hero Gallery and Hero Select screens has changed.

Elsewhere, there isn’t much else new in this patch. There are a few bug fixes, including one that did not register full credit for rounds of Junkenstein’s Revenge towards loot boxes and challenge skins from the Halloween Terror event.

While last week’s experimental map is no longer available, none of the balance changes Team 4 was testing has yet made its way into live play. Typically, when there is an Experimental Map during a Seasonal Event, the balance changes from those go to the Commercial version after the event ends, so I bet we’ll see a patch with at least some of these tweaks next Tuesday.

And so ends the book on the story of Jesse McCree in To watch. Now that he’s officially Cole Cassidy, I won’t be using his old name anymore. I hope the rest of the community exclusively calls her Cassidy and respects the developers’ choice to give her a new nickname.

Here are the full patch notes: