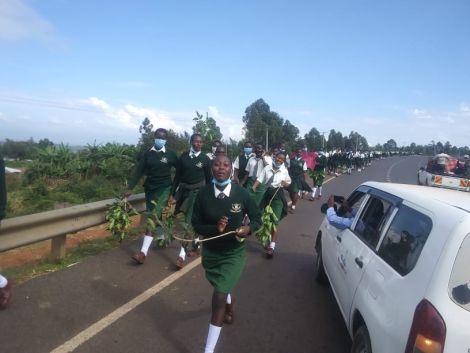 Teachers across the country have raised concerns over a worrying trend among students since learning resumed on January 4, 2021.

The growing number of students assaulting their teachers since the reopening of schools has left education stakeholders worried, with teachers grappling with growing cases of indiscipline.

Jared Motito, math teacher at St James Nyaronde High School in Nyamira County, said TBEN.co.ke on January 13, that many students had become picky and stubborn, totally different from those who had left school in March 2020 due to the pandemic.

He said the long hiatus (9 months) had corroded the students’ moral compass, with many showing an open contempt for authority and schoolwork.

“These students show up late for school. They are rude and even when they give them manual tasks, they don’t want to do them. They don’t do their school homework,” Motito said.

He noted that some of the students had become addicted to drugs during the break, adding that it was a major contributing factor to teacher hostility since the schools reopened.

“Some of these kids were doing drugs during the break. Since they have been in school, many are struggling with withdrawal, some are stressed, and that’s why you have heard students stab teachers.” , said Motito.

He also highlighted the freedom enjoyed by learners at home as another factor contributing to the deterioration of morality among students.

“At home, you know parents have to go to work. You see that these children also go out with their friends. You find them registering SIM card lines with their parents’ ID cards and this is how they would communicate with each other.

“Some of them were employed, worked in shops or in transport. You would find them, at the end of the day, gathering to buy alcohol,” Motito said.

“The freedom they had at home, the luxury they had. They come to school and feel like it’s a small prison,” he added.

The math teacher recalled that attacking teachers by students is a major concern for tutors.

“The teacher who was attacked by a student at Kisii High School is my friend, and it’s sad to hear what happened to him. It can happen to me, or any other teacher, ”he remarked.

Mr Motito said teachers were not prepared well in advance to handle such scenarios. He urged the government to deploy counselors to schools to help learners relocate to school.

Teachers in Ndhiwa constituency expressed similar concerns, urging that committees be formed to ensure the reestablishment of discipline among learners.

“We have children who are different from the ones they left, they have suffered a lot. We have girls who came back as pregnant women. Some girls and boys have returned as former employees. Motorcyclists, the sweetness of the money is what makes it difficult to bring them back to the students, ”said a teacher from Ndhiwa primary school.

The teachers said there was a communication breakdown between them and the learners.

The region’s deputy, Martins Owino, has pledged to create centers to advise students through the National Government-Constituency Development Fund (NG-CDF).

The Teachers’ Service Commission has since called on members of the public to help tame such events.

“TSC regrets the recent attacks on our teachers by the skinny ones in Kisii and the attempted attack on another student at Mokwerero Sec school in Nyamira county. Let all goodwill TBEN positively help our children, “TSC said in a report. 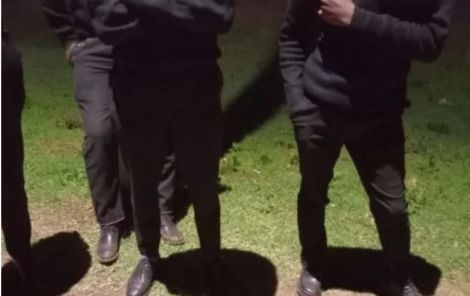 Some of the students who ran away from Matungulu High School on Wednesday November 25, 2020.

The Bharat Express News - January 21, 2021 0
<!-- -->Kamala Harris is of Indian and Jamaican descent (file)Kamala Harris made history Wednesday when she was sworn in as the first woman, first...

‘A total failure’: the proud boys now laugh at Trump