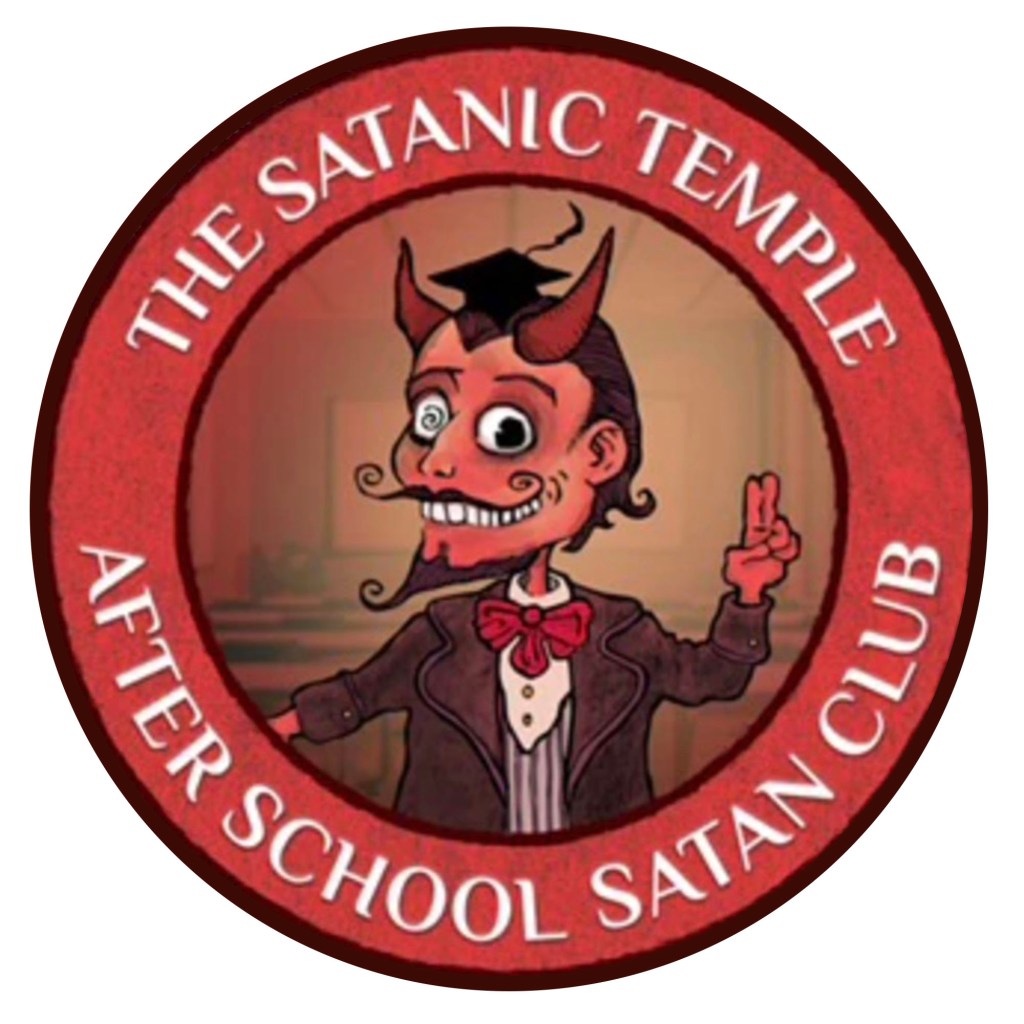 The school system is going to shit.

A California elementary school is facing backlash from parents after promoting an After School Satan Club aimed at children as young as 5.

The controversial club will hold monthly meetings beginning in December at Golden Hills Elementary School in Tehachapi, Bakersfield Now reported. It was created by the non-theistic religious organization the Satanic Temple — not to be confused with the Church of Satan — as an antidote to the evangelical Christian groups popping up in public schools.

In this case, the After School Satan Club was created in response to the Good News Club—a weekly Christian program for children ages 5 to 12—with after-school programs at Golden Hills Elementary.

Needless to say, parents weren’t happy with the development, which many deemed “disgusting” and sacrilegious.

“I think it’s disgusting. I understand that the school has to allow them because they allow other after-school programs, like the good news, which is a Christian-based after-school program. I’m fine with that, but I can’t I can’t imagine why anyone would want their child to join this satanic group,” Sheila Knight, grandparent of a fifth-grader in Golden Hills, angrily told Bakersfield Now.

“Tehachapi said yes, and I think they made a mistake,” posted Brenda Maher, grandparent of a first-grader. “I know my grandson will not be part of this club.”

However, the organizers of the After School Satan Club believe the criticism is misplaced, as the group does not actually promote Satanism, but rather encourages critical thinking and rationalism, according to the site.

“The initial reaction is definitely one of shock and disgust,” Lauren Mae, a Tehachapi mom who volunteers with the After School Satan Club, told SFGATE in an email. “They definitely seem to think we are devil worshipers, which we are not. We do not believe in a supernatural Satan.”

He added: “There is currently a Good News Club there that teaches children to save souls for Jesus, at school. We want to give an alternative point of view.”

However, many parents viewed the move as a philosophical Trojan horse designed to promote devil worship in schools.

“So several people have told me that the new Satan after-school club at Golden Hills Elementary School is not a religion, it’s a philosophy club… Then why did they choose Satan?” asked concerned citizen Joe Lathrop in the Facebook group “Tehachapi Ask, Raves and Rants.” “Why not the existentialist club Jean Paul Satre? Why not the Descartes Club?”

He added: “They put Satan in the name for a reason. People need to stop being intellectually dishonest and just admit they want children to worship Satan as a secular god.”

However, the Tehachapi Unified School District said in a statement that the law prevents them from discriminating against organizations that want to use school grounds based on a philosophy, according to Bakersfield Now.

In addition, parents must give permission before their children can attend the meetings, according to a flyer from the Satanic Temple. “Nobody has to get involved if they don’t want to, and kids need consent forms signed by their parents to be involved at all,” asserted Lucien Greaves, the spokesperson and co-founder of the After School Satan Club. .

This isn’t the first time the Satanic Temple club has fooled academia. In April, a Pennsylvania elementary school rejected a similar proposal to create an After School Satan Club on campus.