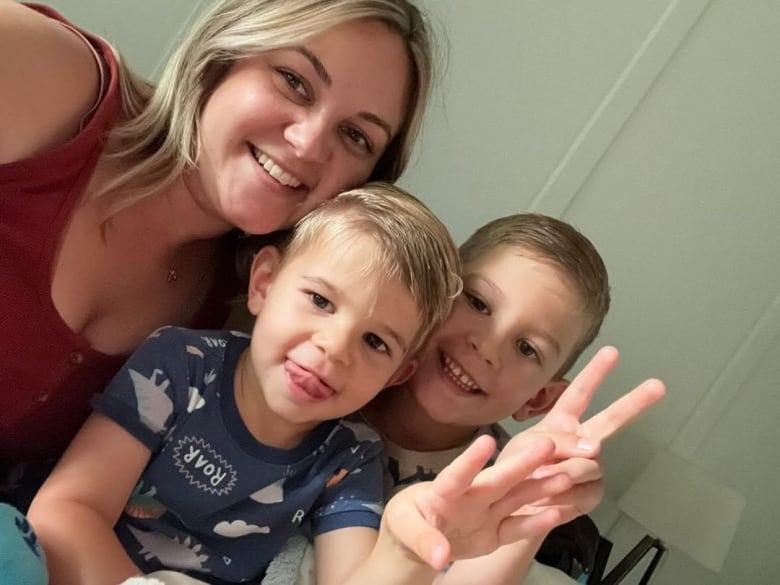 In the wake of news that three children’s hospitals in Ontario have canceled operations, dozens of parents are sharing their stories of how the onslaught of viruses has affected their families this fall, and are wondering if enough is being done to address the “crisis” in the address care.

Morgan Bradnam, 37, of London, Ont., was one of the parents who contacted TBEN after hearing the London hospital’s announcement earlier this week. The mother of two school-aged sons said it’s been “virtually a non-stop revolving door of illness” since October.

Bradnam said the shortage of cold and flu medicines for kids is also frustrating.

We are seen as the poster child of the world’s healthcare system, but right now it’s horrific.– Randi Bethke from London, Ont.

“Before I could get my hands on some of them, we had to go old school and place them [her children] in an ice bath to try and break that fever,” said Bradnam, who finally landed some children’s medication after eight different drugstores.

“I really believe in masking and I try to direct them [to school] with masks, but it’s quite difficult when they go against the grain. It seems kind of pointless.”

Our youngest has been sick occasionally since mid-October. I’m a former pediatric nurse and definitely feel like I’m wearing both a mom and a nurse hat.

Nash Syed, president of the Children’s Hospital at the London Health Sciences Center, said this week that the decision to cancel surgeries was “an extremely difficult decision and I wish we didn’t have to make it.”

He added that it was “necessary to ensure the hospital’s teams are capable of meeting critical care and emergency needs.”

“My son had a fever of 106 F last week. Lasted a week. I was very scared as a mother,” says London-based Randi Bethke, a nail technician who has two children.

What if he needs to go to the toilet? Will he be able to get the care he needs?’

Bethke, 31, does not believe governments are currently doing enough to protect children.

“We’re seen as the poster child of the world’s healthcare system, but right now it’s horrendous,” she said. “I don’t feel like they’re treating this like the crisis it is.”

A group of prominent mothers, grandmothers and caregivers calling themselves Moms, Grandmos, and Caregivers for Kids released an open letter from Calgary on Wednesday morning addressed to the Prime Minister and Prime Ministers.

Members of the group include Kathleen Taylor, chair of the board of directors of the Hospital for Sick Children, former Premier of Ontario Kathleen Wynne, and former MP Lisa Raitt, now co-chair of the Coalition for a Better Future.

“This crisis is not new,” the letter reads. “Children’s hospitals and advocates have sounded the alarm that urgent responses are needed at the national and provincial levels to establish leadership and action for children in Canada.

“It should never have come this far. Our children deserve better.”

The group is calling on governments to fund children’s health care and collect health data on that demographic. It also urges the government to “implement proven strategies” to curb the spread of viruses, proposing the appointment of a children’s ombudsman to “guide us through this crisis and make Canada a leading country again for make children to grow up in”.

Lia De Pauw of Kingston, Ontario, is a mother of two and works as a mental health advocacy specialist at KFL&A Public Health.

She said the number of days she missed caring for her sick children is on the rise.

“We were just out from November 2 to 11 with a respiratory virus.

“That’s seven unpaid days so far this month,” she added. “I missed about 50 days of work in 2022 to take care of my children, much of it was unpaid time.

“It’s been extremely stressful losing so much income and wondering what the impact will be on job security as the sole earner in my family.”

A spokesman for the London District Catholic School Board (LDCSB) said concrete data is not immediately available, but there are no “flags or warnings” to indicate that student absences are higher than normal for this time of year. year.

Cheryl Weedmark of the Thames Valley District School Board (TVDSB) said in an email Monday that the board has not seen an increase in student and staff absences, though it would take time to get specific numbers.