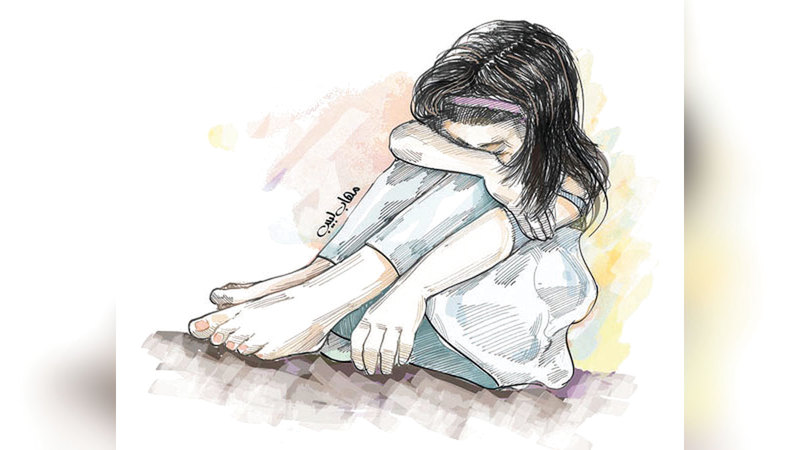 According to figures recently issued by the Community Development Authority in Dubai, it receives reports of repeated cases of assault or abuse suffered by children from the “closest people to them”, specifically from the father and mother, while no case of this kind was recorded on the part of the grandfather.

The Director of the Family Cohesion Department at the Authority, Dr. Abdulaziz Al-Hammadi, attributed the failure of many parents in their family relationships to scientific and social ignorance, lack of experience and lack of compatibility with the partner, as a result of their shortcomings in planning and managing their financial affairs.

He explained, “This is what leads to them falling under psychological pressure, as a result of which they experience states of tension and anger, which make them misbehave against the people who need them most.” Al-Hammadi added, “There is a large percentage of child abuse cases caused by the presence of severe disagreements and conflicts between parents,” pointing out that the types of abuse children were subjected to varied between neglect and violation of rights and physical and moral abuse.

He explained that “child abuse is an expression that means any abuse or mistreatment to which a child under the age of 18 is deliberately exposed, and that it takes many forms that may occur simultaneously, as it may be physical, psychological or emotional. Negligence and violation of rights also fall within the aforementioned types of abuse.

He continued that “child neglect” means not providing enough of his basic needs such as food, clothing, housing, appropriate living conditions, love and affection, supervision, education or medical care.

Al-Hammadi stressed that the occurrence of injustice and abuse against a weak human being, such as a child, is considered one of the most severe types of crimes, especially if he is an infant or in his early years, as he cannot express his feelings or seek protection from the concerned authorities.

Al-Hammadi pointed out that the articles of Federal Law No. (3) of 2016 regarding the protection of children’s rights “Wadima” refer to the necessity of providing immediate and systematic protection to the child, informing the competent authorities to intervene, and take measures to prevent or stop his abuse. The positive reasons that necessitate the provision of immediate protection to the child, as stipulated in the law through its various articles, include exposure to what threatens his physical, psychological, moral or mental integrity, such as losing his parents, remaining without a breadwinner or guarantor, or exposing him to rejection, neglect and homelessness.

The reasons also include the child’s exposure to sexual abuse, exploitation by illegal organizations, and organized crime, such as cultivating fanatic ideas or inciting them to commit acts of violence, begging, or exploiting them economically, and the inability of parents or guardians to take care of them.

The law stresses the need for the child protection specialist to implement protection measures for the child, if he finds that there is a threat to his physical, psychological, moral or mental health or safety, by following the following procedures:

1- Remove the child from the danger site and place him in a safe place that guarantees his protection, according to his assessment of the level of danger to the child.

2- Conducting a comprehensive social research clarifying the circumstances and circumstances surrounding the child and submitting a report to the administrative authority to which he is affiliated with recommendations to take the necessary action in this regard.

3- Rehabilitation of the child psychologically and physically by specialists.

4- Enrolling the caregiver in training programs to ensure good treatment and normal development of the child.

5- Carrying out field visits to the child, if necessary, in order to check on his condition and solve any problems he may be exposed to.

6- Preventing the child from practicing actions that may harm him or prevent him from going to places that threaten his physical, psychological and moral safety.

7- Submitting a recommendation to the concerned authorities to support the child’s family in the event that the child protection specialist finds that the reason for the caregiver’s negligence is due to the poor social conditions of the family.

8- The specialist submitted a report to address the Public Prosecution, if necessary, to issue a warning to the person in charge of caring for the child in the event that he insisted on not complying with the implementation of the agreed recommendations.

9- The specialist submitted a report to the protection unit in which he works, explaining the circumstances and circumstances surrounding the child in the event that it is necessary to address the competent prosecution to take the appropriate action to protect the child, as stipulated by the law, within a period not exceeding 24 hours from the time of receiving the communication.

10- Determine the appropriate custodial family to receive the child, and ensure that he obtains all his rights within its scope.

• The mother ranked second among those who caused harm to the child… out of the total number registered in the cases received by the Commission.