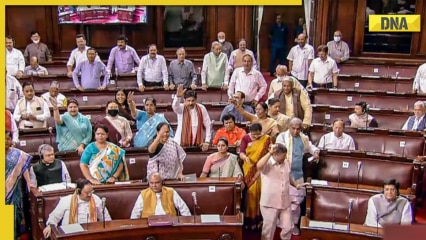 The center had scheduled 32 bills to pass parliament during the monsoon session, but after two weeks there is little sign of completion of government activities due to the deadlock with the opposition over the increased GST rates and inflation.

So far, the Lok Sabha has been working for about 16 hours during the monsoon session and the Rajya Sabha for about 11 hours; however, the Houses would work six hours a day.

During the standoff, four Lok Sabha members and 23 Rajya Sabha members were suspended, and the government cracked down on the opposition over the remark against the president’s issue in the last two days of the week.

The cabinet has indicated that it is open to discussion. Rajya Sabha leader Piyush Goyal had stated: “We are prepared for discussion, but opposition members are repeatedly disrupting the House procedures. We have clarified that we hope the price increase will be discussed once the finance minister has better is becoming. ”

The opposition, on the other hand, criticizes the government claiming it is unwilling to hold discussions and tries to corner the opposition.

Now government sources say they are ready to discuss the price hike issue, but the opposition will not listen and Houses are unlikely to function smoothly. Congress has called for a nationwide protest against the price hike on August 5.

READ| Monsoon Session: Why did the opposition ban the use of words like ‘dictatorial’, ‘corrupt’ in parliament?

Netizens disappointed as they wanted Sanju Sasmon to open in the...