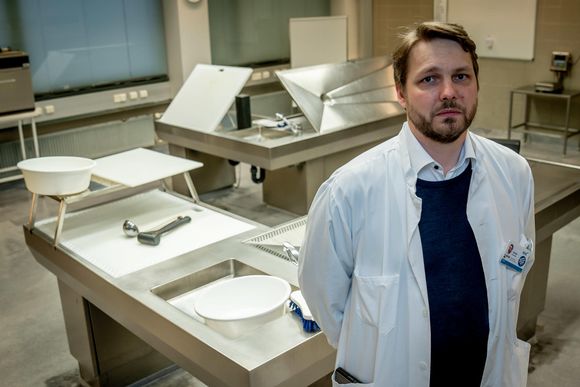 “A lot of molecules that we could study decay very quickly after death … that means we lose a lot of information,” he explained.

Kantonen would ideally like to see autopsies performed within 12 hours of death. The fact that the family of the deceased must authorize an autopsy slows down the process in Finland.

“From the point of view of the antivirus mechanism, it is a real shame to lose this window,” said Mikko Mäyränpää, President of the Finnish Association of Pathologists.

Kantonen told Yle that the postmortem information from this spring has helped guide Covid treatment strategies.

“Our first autopsy of the coronavirus showed pulmonary embolism or blood clots in the lungs,” Kantonen said, adding that the finding underscored the importance of blood thinners – even after patients were discharged from hospital.

Coronavirus autopsies in Finland detected the virus in the body 23 days after death.

Autopsies are generally rare in Finland. In the 1970s, they were practiced in almost one in five cases. Today that figure is around 4%, as patient diagnoses have become more accurate.

For the greater good

In Finland, it is not possible for a person to request an autopsy upon death. Money is also an issue when it comes to doing more post-death exams. The state pays for forensic autopsies, while municipalities foot the bill for medical autopsies.

Kantonen suggested that universities could step in to cover the costs of autopsies performed for scientific research.

“It’s a strange system. The idea seems to be to bury the dead as quickly as possible and better yet to cremate them to prevent the virus from spreading – it’s not that contagious,” Mäyränpää said.

Kantonen and Mäyränpää mentioned Germany, where authorities can order an autopsy if the information potentially gleaned could benefit society.

This year, the capital region has seen an increase in autopsies. Helsinki and the Uusimaa Hospital District (HUS) had carried out 600 postmortem examinations in October – as many as during the whole of last year.

Poll: Less than a third plan to celebrate Christmas with a small group this year