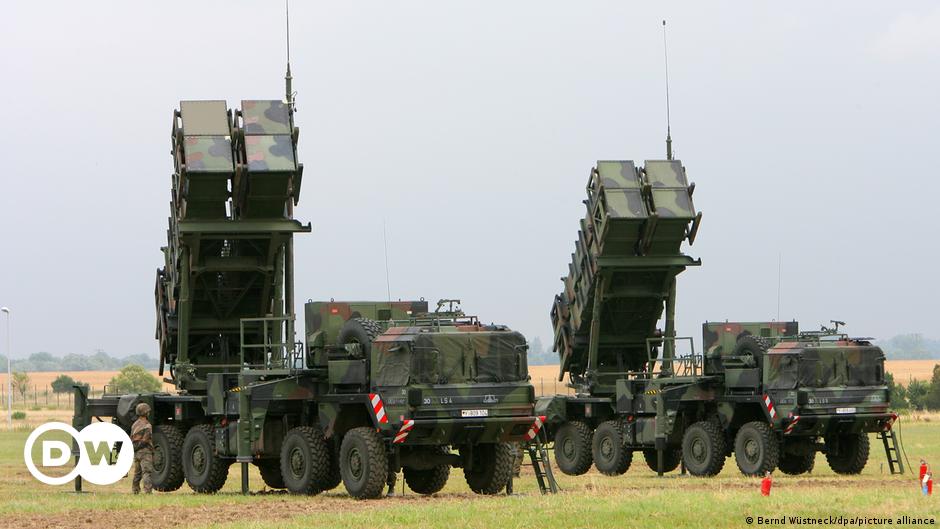 Since the Russian invasion of Ukraine earlier this year, NATO members have engaged in a kind of musical chairs of military equipment. This is often the case when an ally sends weapons to Ukraine, a process known as backfilling, but also within the Western alliance itself.

Germany’s announcement this week that it has offered its own Patriot missiles to Poland is the latest in that shift of NATO resources, largely to the Russia-facing eastern flank.

“Poland is our friend, ally and, as a neighbor of Ukraine, particularly vulnerable,” German Defense Minister Christine Lambrecht said after a telephone conversation with her Polish counterpart on Monday.

Poland’s exposure to the war was palpable earlier this month, when a missile landed just inside its borders. It was likely a Ukrainian missile that went astray, not a Russian-launched missile, Polish and other NATO officials said. But the incident, which left two people dead, marks the first time weapons used in the nine-month conflict have hit a third country.

Depending on the type and trajectory of the missile that landed, the Patriot air defense system could have had a chance at intercepting it.

The Patriot has a long history. It was conceived in the early 1960s, but took on its current name and shape ten years later. The US military began deploying the system — a collection of radars, command and control units, and several missile interceptors — in the 1980s.

American arms giant Raytheon produces the Patriot and has since improved its capabilities several times. The company says it plans to keep up with technical developments until at least 2048. In its current iteration, the Patriot can defend against tactical ballistic missiles, cruise missiles, drones, aircraft and “other threats” that Raytheon does not specify.

These are some of the objects in the sky with which Russia is targeting Ukraine, and which NATO is concerned about in relation to its own territory. However, Russian forces also use smaller devices, such as mini-drones that stay closer to the ground, which are more difficult for the Patriot system to track and intercept.

The system covers an area of ​​about 68 kilometers (42 mi), according to the German military. The radar can track up to 50 targets and attack five at a time. Depending on the version used, the interceptor missiles can reach an altitude of more than two kilometers and hit targets up to 160 kilometers away.

According to the Center for Strategic and International Studies, a US think tank, each unit needs about 90 troops to operate.

Poland is no stranger to the Patriot. It is one of 18 countries using or planning to acquire the air defense system. The United States supplied units to Poland shortly after the Russian invasion of Ukraine, and Poland has requested to buy more.

Germany has 12 such units, according to media reports, and has two stationed in Slovakia. The details of Poland’s deployment are up to the defense ministries of the two countries.

The Patriot has seen the battle. It first saw practical use in 1991, when U.S. and coalition forces, as well as populated areas in Israel, were defended against Iraqi Scud missiles during Operation Desert Storm. At the time, US and Raytheon officials praised the Patriot’s efficacy. Outside research later questioned those claims.

In the deadliest incident, a Scud strike killed 28 US troops at their barracks in Saudi Arabia when the patriots protecting them failed to intercept the incoming missile.

Subsequent upgrades have improved the usability of the system. It was redeployed to greater effect in Iraq in 2003 during the US-led war there. Since then, a number of test launches have resulted in successful interceptions, although it often takes several Patriot interceptors to stop a single incoming threat.

The greatest challenge for the Patriot may not be keeping up with enemy technology, but its cost. Poland’s first Patriot purchase reportedly cost $4.75 billion (€4.63 billion) — more than a quarter of the country’s proposed 2023 defense budget. established defense research group, costing up to $100 million.

Many of the threats facing the Patriot, such as drones, cost a small fraction of that. To help spread costs, some NATO allies agreed in October to jointly address their air defense needs, including the purchase of more Patriot units.

Talking Europe – ‘We are at the dawn of a new industrial revolution’: Irish Environment Minister