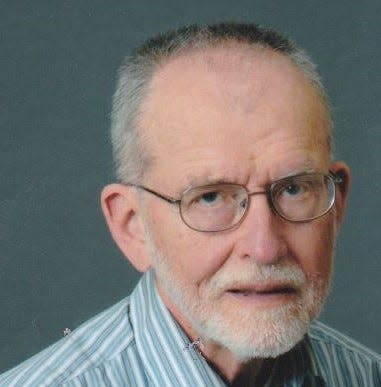 Russia’s war against Ukraine illustrates the danger of an exaggerated attachment to abstract political goals, however desirable we may find them.

My first lesson about this danger came as a student at Willamette University in Salem, Oregon. Political science professor Theodore Shay claimed that Republicans in liberal Portland could only win if they shut down all phones there on Election Day.

Responsible Republicans would vote anyway, he assumed, but many Democrats would only come if someone called to remind them.

The Republican Party was different then, and I had inherited enthusiastic support for it from my parents. I’ve come up with an easy way to turn off Portland phones for a day. (Recent phone technology would probably prevent my schedule from working now, but I won’t reveal details in case it still worked.)

It would have been irresponsible to carry out my plan. The damage it would do to real people was obvious. It might have been nice for Republicans to win in Portland, but this rather abstract political goal wasn’t worth killing people and destroying valuable property.

Sixty years later, this lesson has interesting implications for Vladimir Putin and his brutal war against Ukraine.

I don’t think Putin is right in believing that what is now Ukraine should ideally be part of Russia rather than an independent country. But for the purposes of the present discussion, we can assume that he is correct in this belief.

Obviously, all else being equal, larger political systems are better than smaller ones. The largest possible system, a world government, could maximize the freedom to travel without having to contend with tons of national bureaucracy (passports, visas, currency exchanges, etc.).

A universal government would also maximize the opportunities for mutually profitable trade, without arbitrary barriers such as quotas and tariffs. And, of course, many fundamental problems such as pandemics and the global environment could be most effectively addressed by a universal regime.

The theoretical benefits of a larger political system and Putin’s historical arguments about why Ukrainians and Russians should be united are nice, abstract political generalizations, similar to my former belief that Portland, Oregon, would be better off being ruled by Republicans. .

A Republican victory in Portland wasn’t worth burning down houses and killing people. Are Putin’s abstract theoretical or historical gains worth the thousands of lives, Ukrainian soldiers and civilians and Russian soldiers currently being slaughtered? Are these theoretical benefits worth the hundreds of billions of material damage caused by the Russian missiles hitting Ukrainian cities?

Are they worth the famine that threatens developing countries because Ukraine’s wheat exports were halted?

Millions of people would live normal lives if Vladimir Putin had worried about the damage caused by his “special military operation.”

Separate countries for Ukrainians and Russians might not be ideal, but they weren’t dog meat either and were clearly good enough. Larger political systems are only ideal when all else is equal, and that is clearly not the case here.

One of the key concepts in serious political analysis is side effects, and it is irresponsible to take big actions without taking them into account. As I see it, Putin has behaved very irresponsibly.

A source of questionable reliability recently reported that Putin had urgently called for doctors because of “severe nausea.” True or not, severe nausea is exactly what he would suffer if he gave sufficient weight to the misery his war is causing Ukrainians and Russians alike.

— Paul F. deLespinasse is Professor Emeritus of Political Science and Computer Science at Adrian College. He can be reached at [email protected]