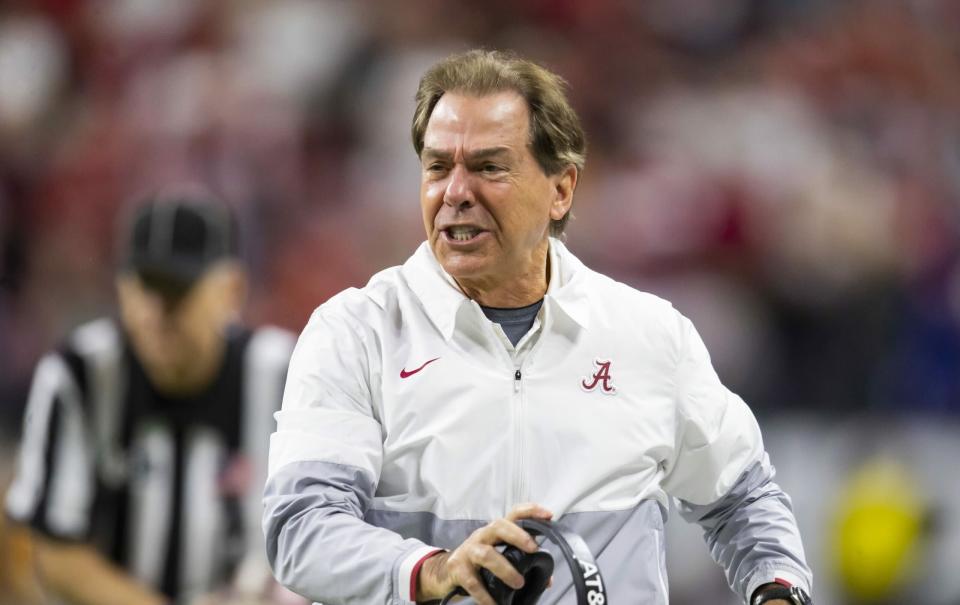 The 2021 Alabama Football season was a rollercoaster. Wins over Florida and Auburn on the road were a lot closer than many expected; and then there was the loss to Texas A&M down the road. Overall, the regular season threw Crimson Tide fans for a loop.

The late season did not calm the nerves. The Crimson Tide defeated Georgia top-ranked in the SEC Championship, then lost to the Bulldogs in their second postseason meeting in the national title game.

Most recently, Alabama head coach Nick Saban said the 2021 season was a “year of rebuilding.” This is funny since the program won the conference, lost just one game in the regular season, had the Heisman Trophy receiver who started as quarterback and made it all the way to the College Football Playoff championship game.

Most programs would be ecstatic to have even half that performance. However, it has been a bad year for Alabama.

Paul Finebaum Participated in ESPN’s Morning Sports Talk Show Stand up to discuss Saban’s comments. He believes it was an excuse for the loss and that this is something Saban often does to explain his losses.

Alabama football under Nick Saban rarely loses. So, is it an out-of-the-box concept that there could probably be a reason for the losses? Or, as some have pointed out, was the comment made in jest?

ALSO READ  Ross Taylor calls IPL 'unsentimental', says: 'I would have had a longer career if...'

Let us know your thoughts, comment on this story below. Join the conversation today!

Dodgers blank Brewers behind another ace-worthy performance from Julio Urías