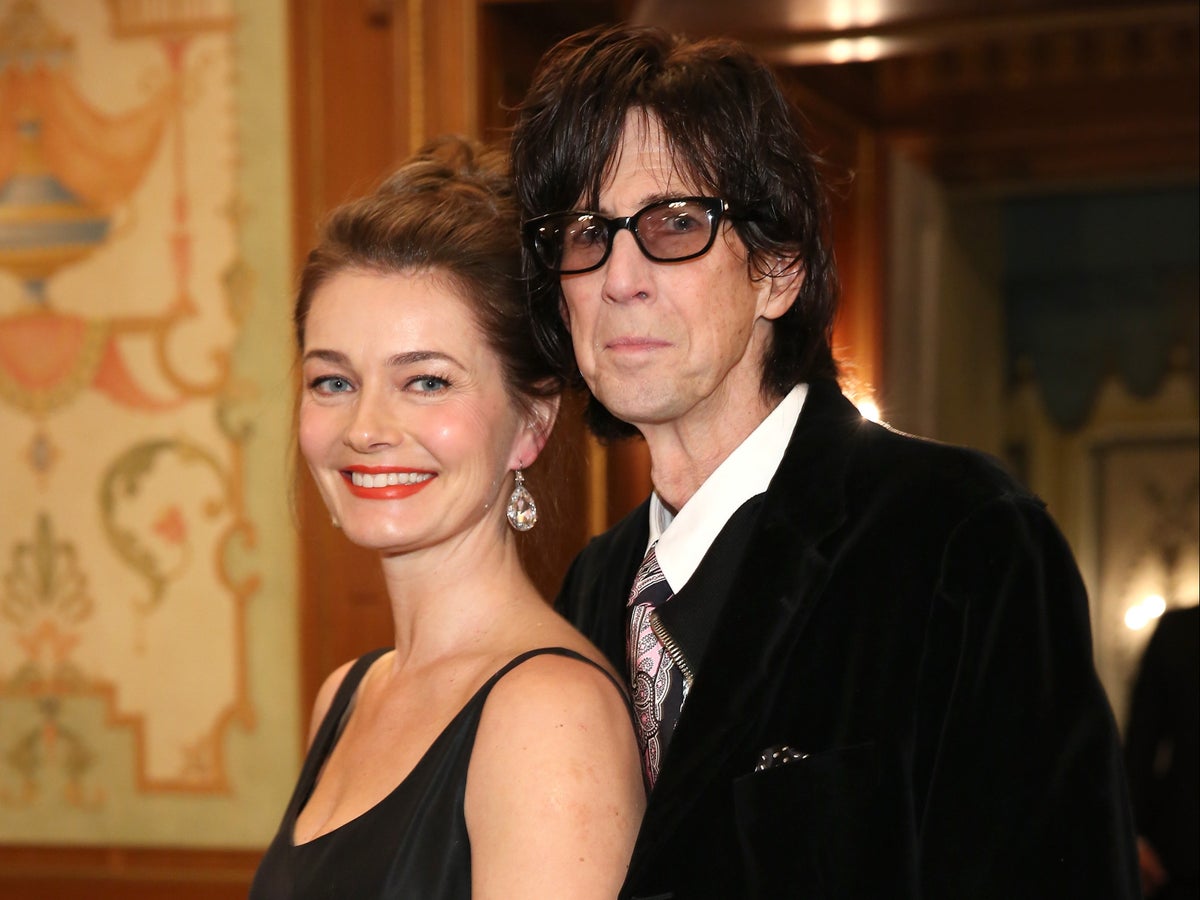 Paulina Porizkova has spoken candidly about the moment she learned that she had been expunged from her late husband Ric Ocasek’s will shortly after his death.

The supermodel, 57, who was married to the Cars frontman from 1989 until his death in 2019, spoke candidly about the realization when he split in 2018. Red Table Talk with Jada Pinkett Smith, Willow Smith and Adrienne Banfield-Norris.

In a preview clip released ahead of Wednesday’s episode, Porizkova recalled choosing an outfit for her late husband to be buried in when she found an envelope that read “this is the will.”

According to Porizkova, it stated that Ocasek had no intention of taking care of his wife “because she abandoned me”.

“Three days after my husband died, I am, you know, picking out the clothes for the coffin, which was very rough… So while I’m doing that, I open an envelope that says, ‘This is the will and the will and his writing that says, “I will not take care of my wife because she has abandoned me,” Porizkova recalled.

The model then revealed that she was “unable to process the will”, and that her initial reaction was that it was a “lie”.

“That’s a lie… Someone made a mistake,” she said, remembering thinking.

Elsewhere during the next Red Table Talk episode, Porizkova reflected on the moment she found Ocasek dead in his bedroom shortly after he had surgery to treat stage zero lung cancer.

The musician died on Sept. 15, 2019 at the age of 75, according to the New York City medical examiner’s autopsy report, which ruled the death was caused by cardiovascular disease.

In an example clip shared by PeoplePorizkova said her ex was “recovering really well” from the surgery.

“Two weeks [later], he walked around, he started to feel much better, he slept better. And this night he said, you know what, I’m feeling a little tired,” she recalled, adding that the next morning Ocasek slept in, but she thought nothing of it because it was normal for him to sleep in because of his “rockstar hours “.

However, Porizkova said she finally decided to wake the singer-songwriter around 11 a.m., then brought a cup of coffee to his bedroom.

“I brought him a cup of coffee and he looked like he was asleep,” she said of the moment she realized he had died. “I put the coffee next to him and then I saw his face. I saw his eyes. And they no longer resembled eyes.”

Although Porizkova and Ocasek, who share sons Jonathan Raven, 29, and Oliver Orion, 24, split in 2018 after 28 years of marriage, they were not legally separated and were still living together at the time of his death.

In 2021, Porizkova revealed during a performance on Los Angeles magazinethe podcast The originals that she settled with the musician’s estate after being omitted from Ocasek’s will.

The model, who hasn’t revealed how much she settled for, said she knew exactly “how much I owe under New York law…and I’ll get it”.

Porizkova also said at the time that it would “be fine” after the settlement.