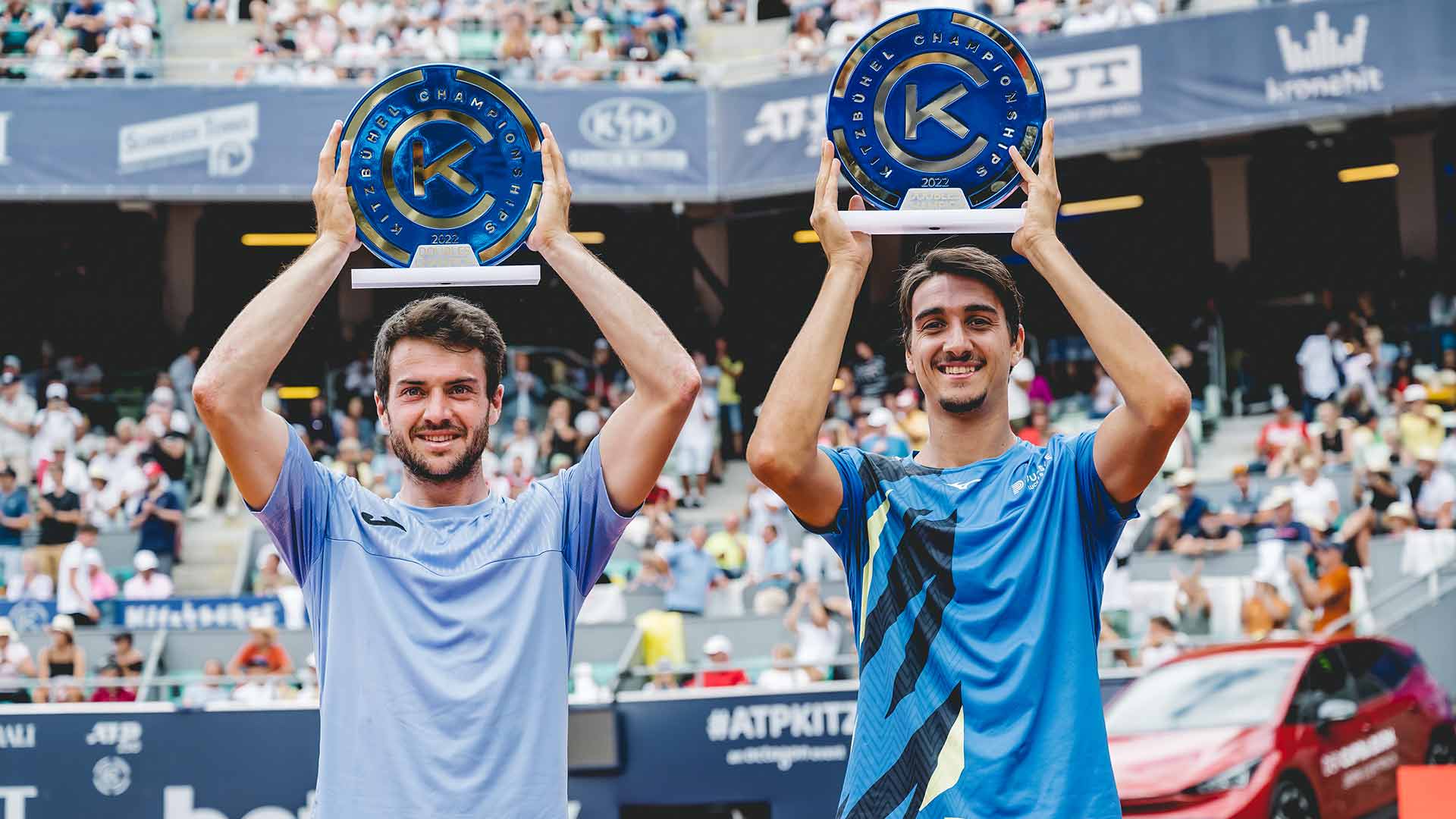 Pedro Martinez and Lorenzo Sonego may have done it the hard way at the Generali Open this week, but the unseeded duo’s nerves held out until the end when they won their first TBEN title together in Kitzbühel.

Martinez and Sonego defeated top league teams Tim Puetz and Michael Venus 5-7, 6-4, 10-8 in a dramatic championship game in Austria, their second Tie-break win of the week. Martinez and Sonego’s other two wins in the gravel ATP 250 event required two tie-break sets each.

“I’m very happy because I played with a friend and that’s a lot of fun,” said Sonego. “I wasn’t expecting anything from my doubles, but I really enjoyed every moment on the pitch with Pedro. He played so well and we could do something good in the future.”

Sonego and Martinez led 4-1 in the Austrian Alps early on, but Puetz and Venus showed their experience to roar back to claim the first set and put pressure on their unseeded opponents. Still, Martinez and Sonego held out for a one hour and 58 minute win after saving six from eight break points they faced.

“We are both good fighters,” said Martinez. “After having had many chances in the first set, we got two chances for a double break and that didn’t work out. We had to keep believing that we could win the game. Anything can happen in doubles.

“I am happy to play with Lorenzo, we have a lot of fun on the pitch and we are happy with the win.”

Martinez and Sonego first teamed up at the Miami Open hosted by Itau in March, and the duo now hold a 6-2 match record for 2022. The win in Kitzbühel is Martinez’s first TBEN doubles title and Sonego’s second, after the Italian triumphed in Cagliari in 2021 along with Andrea Vavassori.