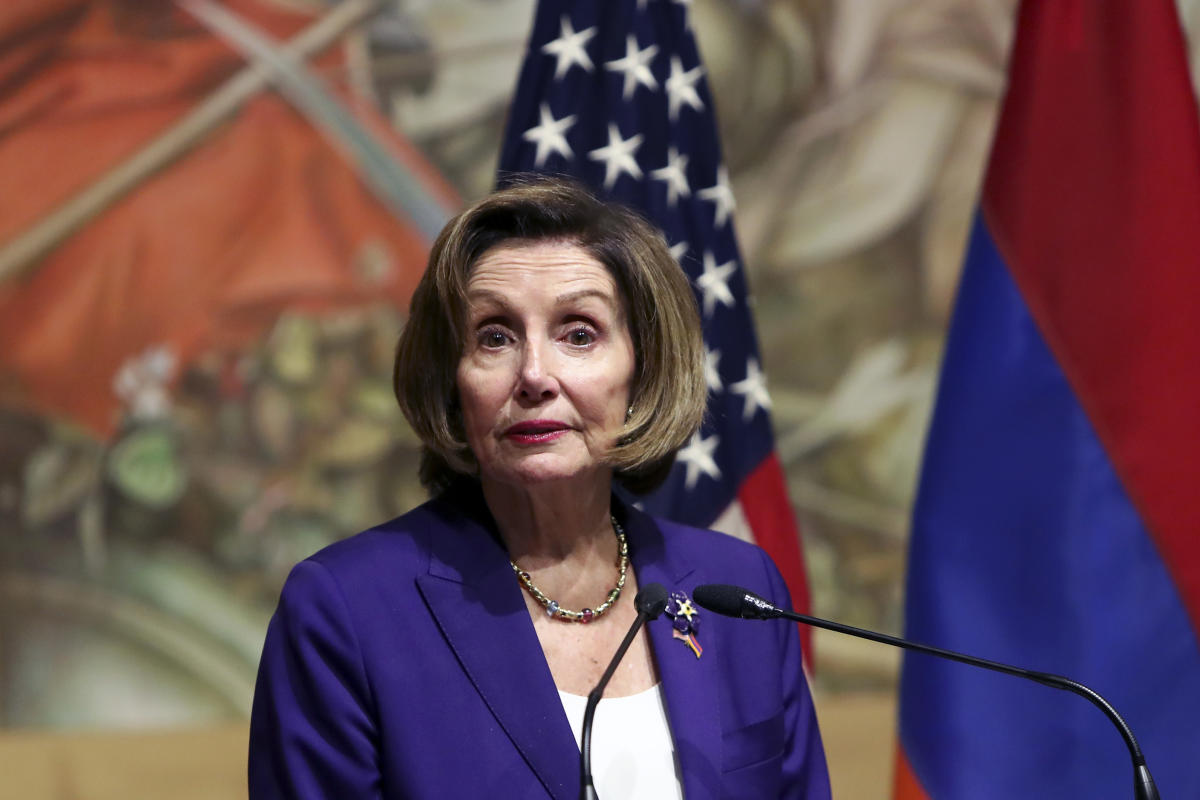 YEREVAN, Armenia (TBEN) – US House Speaker Nancy Pelosi said on Sunday that the United States deplored the recent attacks by Azerbaijan and called for a negotiated solution to the conflict in the countries.

Pelsoi’s visit to the Armenian capital Yerevan with a congressional delegation came just days after two days of shelling by both sides that killed more than 200 troops. It was the largest outbreak of hostilities in more than two years.

The two ex-Soviet countries are embroiled in a decades-old conflict over Nagorno-Karabakh, which is part of Azerbaijan but has long been under the control of Armenian-backed ethnic Armenian forces since a separatist war ended there in 1994.

During a six-week war in 2020, Azerbaijan captured large parts of Nagorno-Karabakh and adjacent areas held by Armenian forces. More than 6,700 people were killed in those fighting.

Armenia and Azerbaijan blamed each other for the start of the shelling last week.

Pelosi met with Alen Simonyan, Speaker of the Armenian Parliament, on Sunday and told reporters afterwards that “Our meeting was again of particular importance to us as the focus was on security following Azerbaijan’s illegal and deadly attacks on Armenian territory.

ALSO READ  Police: 68-year-old woman shot while sitting on her porch in McKeesport

“We strongly condemn those attacks – us in our delegation on behalf of Congress – that threaten the prospects of a much-needed peace deal,” she said. “The United States… has stated clearly and for a long time that there is no military solution to the conflict. We continue to monitor the situation closely and we continue to support a negotiated, comprehensive and lasting solution to all issues related to the Nagorno-Karabakh conflict.”

The Ministry of Foreign Affairs of Azerbaijan strongly criticized her comments.

“Pelosi’s baseless and unfair accusations against Azerbaijan are unacceptable,” the statement said.

“We emphasize with regret that Pelosi, who speaks of justice, to this day has not taken a deliberate stance regarding Armenia’s policy of aggression against Azerbaijan, the occupation of the territory of Azerbaijan for nearly 30 years, the ethnic cleansing of hundreds of thousands of Azerbaijanis and other similar serious crimes, for which Armenia is responsible,” the ministry said.

The Bharat Express News - September 26, 2022 0
Gary Neville said he was "discouraged" by reports that the government was preparing to suspend plans for an independent football regulator.The government formally backed...

Biden and Buttigieg have a big month for air travel transparency