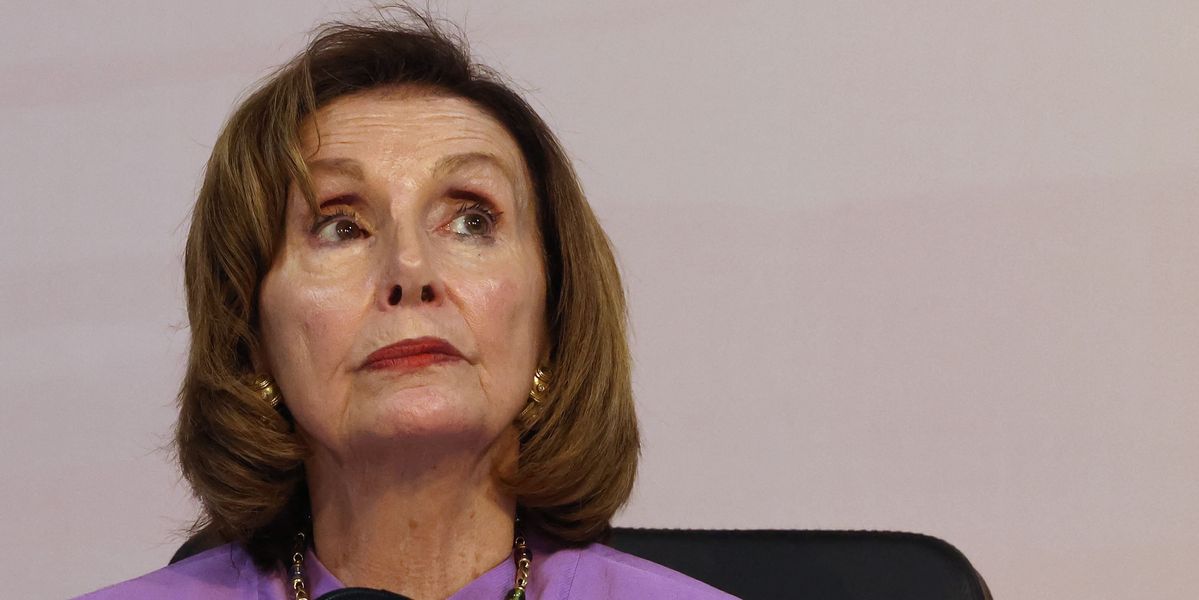 House Speaker Nancy Pelosi spoke on Sunday about her future as the chamber’s top official, saying any decision she makes to run for the position again will depend on what her family and fellow House Democrats want.

The question of Pelosi’s future as a speaker comes as control of the House hangs in the air, with several races yet to be declared. With Democrats outperforming the party historically in power in midterm elections, the House is looking at an extremely narrow majority that can either go for the GOP or stay in the hands of the Democrats.

“We will see when the people have finished speaking and the votes have been counted. I am very proud of our Democratic candidates, both the incumbents seeking reelection, and our red-to-blue, our challengers. They never got advice from those who would say, ‘This is over, Democrats can’t win because history says,'” Pelosi told Dana Bash on CNN’s “State of the Union.”

“[Democratic candidates] knew their purpose. They knew why they were on the run: to protect our democracy, save our planet, protect our values ​​and the rest… They knew their districts. They related to their constituents, and they delivered a great result,” she continued. “Who would have thought two months ago that this red wave would turn into a tiny trickle, if at all?”

Pelosi declined to say whether she thinks House Minority leader Kevin McCarthy should be the speaker if Democrats lose their majority. But when pressed for McCarthy’s qualifications, the speaker told Bash the Republican leader is not up to the task.

“Well, why should I pass judgment on something that may or may not happen?” Pelosi said about McCarthy’s possible speakership. “No, I don’t think he has it. But that is up to his own people to decide how they want to be led or not.”

The November 8 election took place nearly two weeks after a man broke into Pelosi’s home in San Francisco to assault her, seriously injuring her 82-year-old husband, who required surgery for his fractures. A federal grand jury has charged 42-year-old David DePape with assault and attempted kidnapping.

The speaker said on Sunday that her husband is slowly on the road to recovery, but that he is “paying the price” for the political violence fueled and enabled by the right. Pelosi added that the public was shocked not only by the attack itself, but also by the Republicans’ “ridiculous, disrespectful attitude” to the attack.

In an interview she gave to CNN’s Anderson Cooper the day before the election, Pelosi said the attack on her husband would influence her decision whether or not to retire at the end of her current term. Speaking on TBEN’s “This Week” on Sunday, the Democrat claimed she would remain in Congress but will decide whether to resume the speakership once all the votes have been counted.

“The fact is that every decision to run is about family and also about my colleagues. And what we want to do is move forward in a very united way, as we continue to prepare for the upcoming Congress and then, after some delay, get ready for the next election,” she told CNN. “But nevertheless, there is a lot at stake, because we will be running in the presidential election.”

“So my decision will then be rooted in the wishes of my family and the wishes of my caucus. But not much thought will be given to it until we see what the outcome of all this is,” she continued. “But there are all kinds of ways to exert influence. The speaker has tremendous power, but I will always have influence.”

The leadership elections are scheduled for November 30. Pelosi said she plans to announce her decision on whether or not to run for re-election as a speaker before that date.