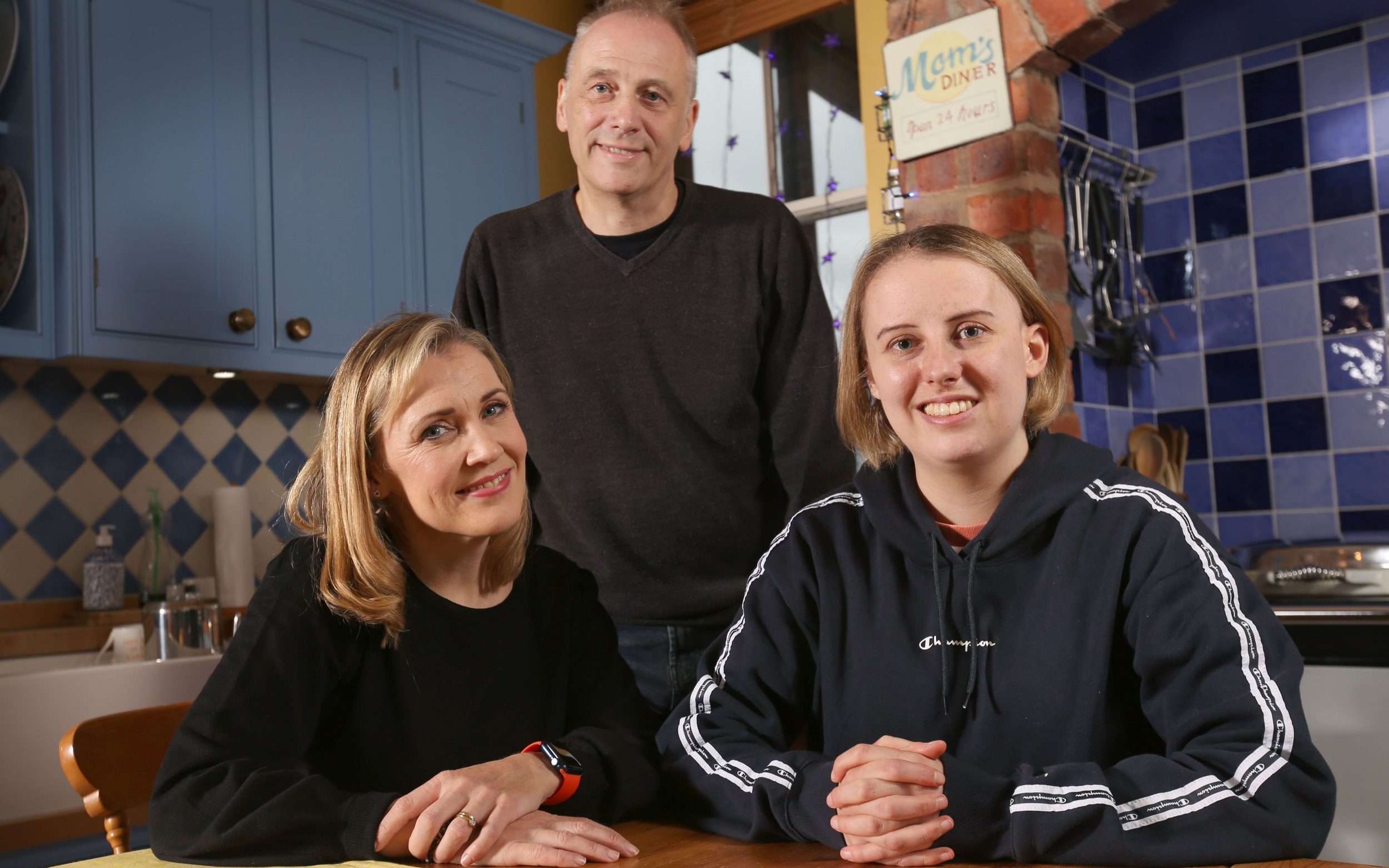 “My cheeks ached from laughing after seeing Peter,” Laura says. She spends a week on a ten-day course of intensive daily radiotherapy at The Christie, a cancer hospital in Manchester. “He comes here and he’s part of the family. I forget he’s famous until we go to the pub and people recognize him. Someone once nearly choked on a chip when they saw him. Peter isn’t consciously trying to be funny around us, but he’ll get the mickey and it’s great. He helped us when we really needed it.”

Her father Mark, 59, a film and TV storyboard artist who had worked with Kay, recalls: “He sat here just a few weeks ago and told us about his plans for comeback shows and said, ‘I don’t know. or someone remembers me.’ We told him he was a national treasure, of course they would.” They were right – the presale website for Kay’s tickets crashed last Thursday, his performances for Laura sold out last year, bringing in tens of thousands of pounds.

While the family enjoyed a Christmas meal with the stand-up last year, Sunday’s early celebratory dinner with family was bittersweet. Mother Nicola, 52, explains: “The first Christmas after Laura’s diagnosis, she was very bad. When we knew the tumor had returned and more treatment was needed, I knew we had to celebrate Christmas early. That does not mean that we do not want to sit at the table together on Christmas Day.”

Laura has squeezed everything out of life since her diagnosis. She graduated this summer with a 2:1 in Politics, Philosophy and Economics from the University of Manchester, completed the Great North Run and crossed out a bucket list of dozens of activities including driving a monster truck and a subway, crossing the equator, meeting stars including Michelle Obama and, most recently, staying in a suite at The Savoy hotel, London, and watching England reach the quarter-finals of the Rugby World Cup.