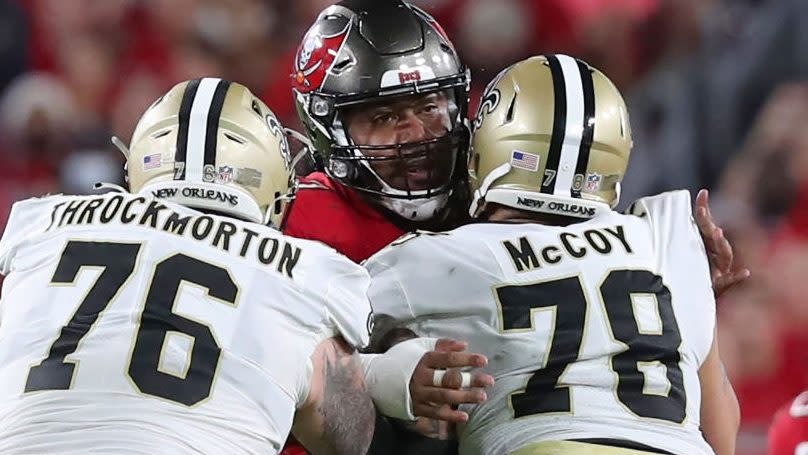 I have an early lead.

In week one, MDS and I disagreed about four games. I went 3-1. That’s a two-game lead.

This week we disagree on five of the 16 games.

Browse this week’s picks. And if you’re betting against the spread, do the opposite of what we recommend.

The opinion of MDS: The Chiefs were my preseason pick to win the Super Bowl, and nothing I saw in week one changed my mind.

Florio’s take: The chargers are good. The chiefs are better. And the Chiefs are extra motivated. While LA quarterback Patrick Mahomes may not attack as much as the Cardinals (54 percent of dropbacks), Mahomes and the Chiefs are ready to pull off the attack to perfection.

The opinion of MDS: The Browns are about to start 2-0 for the first time since 1993, and they will be up against a Jets team that is heading for a disastrous season.

Florio’s take: The Brownie the Elf logo alone is good for 10 points. It also helps to have a great running game and a stifling defense. The Browns should just be able to shut down the teams in the second half.

The opinion of MDS: The Lions are favorites for the first time in over a year, but I want Carson Wentz to outsmart Jared Goff and the Commanders to upset the road.

Florio’s take: The two best picks of 2016 come together, with the first pick for his second team and the second for his third. This is a throw at best. Given that the Lions don’t have many obvious chances to win this season, I’ll include them in a close.

The opinion of MDS: The Buccaneers defense looked excellent in the opener against the Cowboys, and I think they will take out most of Jameis Winston on Sunday.

Florio’s take: I keep picking the Bucs in this series, and they keep losing. The Saints have seemingly figured out how to slow down the Byron Leftwich attack. With five injured Tampa Bay receivers, that task becomes even easier.

The opinion of MDS: Can the Giants really start 2-0 this season? I do not think so. Baker Mayfield and the Panthers clear up the disorder.

Florio’s take: Ben McAdoo revenge game! That won’t be enough, not bringing Saquon Barkley back to his 2018 form.

The opinion of MDS: The Matt Patricia/Joe Judge-led attack from the Patriots looks terrible and the Steelers defense looks great. TJ Watt’s injury hurts, but I can still see the Steelers pull out a home game.

The opinion of MDS: The Colts have had bad luck in Jacksonville in the past, but this time I want them to take out Trevor Lawrence and get a low-scoring win.

Florio’s take: If the Colts screw this up, Jim Irsay can fire Frank Reich in the locker room.

The opinion of MDS: Both teams looked good in week one, but I’m sold more for Lamar Jackson having a great year than Tua Tagovailoa. I like the Ravens to win this one comfortably.

Florio’s take: Last year, the Dolphins messed up the Ravens offense by crowding the line. The Ravens will be ready this time.

The opinion of MDS: The Rams got off to a bad start this season and I have serious doubts if they can repeat themselves as Super Bowl champions, but I will single them out to win against a Falcons team that collapsed in week one.

Florio’s take: The Rams may have more work to do to get back to what they were a year ago, but they’ll be ready in week two to reverse the perception that they’ve fallen and can’t get up.

Florio’s take: Sometimes I wonder how healthy and sober are those who set the boundary. (Those who make the rules routinely wonder how sane and sober I am when choosing games.) The Seahawks typically do well against the 49ers, and Trey Lance remains a huge question mark.

The opinion of MDS: It’s hard to see the Cowboys winning a lot of games with Cooper Rush quarterback. The Bengals should ride to an easy win after a frustrating week one loss.

Florio’s take: This one could be worse than a 17-point margin. The best opportunity for Dallas comes from Micah Parsons harassing Joe Burrow even more than Aaron Donald in the Super Bowl.

The opinion of MDS: Week One loss to the Broncos wasn’t as bad as it seems. They won’t have the kind of bad luck they had on Monday night when they lost two fumbles at the 1-yard line. They should easily beat the Texans.

Florio’s take: The Broncos have a lot of work to do, including getting the plays in faster. But they should be able to serve at home – even if Houston keeps it pretty close. However, when Nathaniel Hackett loses to the Texans, he has to deal with some angry Arkansen.

The opinion of MDS: The Cardinals looked awful in week one, and coach Kliff Kingsbury didn’t help things after that by criticizing the team’s practice habits. It’s easy to see this thing going south fast.

Florio’s take: The Cardinals could be on the brink of disaster this year. After starting 10-2 last year, this year will come 0-2.

The opinion of MDS: The Packers will bounce back from an ugly Week One, just like last year.

Florio’s take: There is cause for concern in Green Bay. They should be good enough to take on a Bears team that got the ultimate talent equalizer last week in the form of a Noah-worthy rain event.

Florio’s take: The Buffalo Bills are the Blues Brothers. They have a mission from God.

The opinion of MDS: Justin Jefferson and AJ Brown looked like the top two receivers in football in week one, and I think they will both be playing big games in week two. A late Jefferson touchdown wins it for the road team.

Florio’s take: The Vikings have improved, but beating Philly in their home opener is too much to be expected so early in the season.