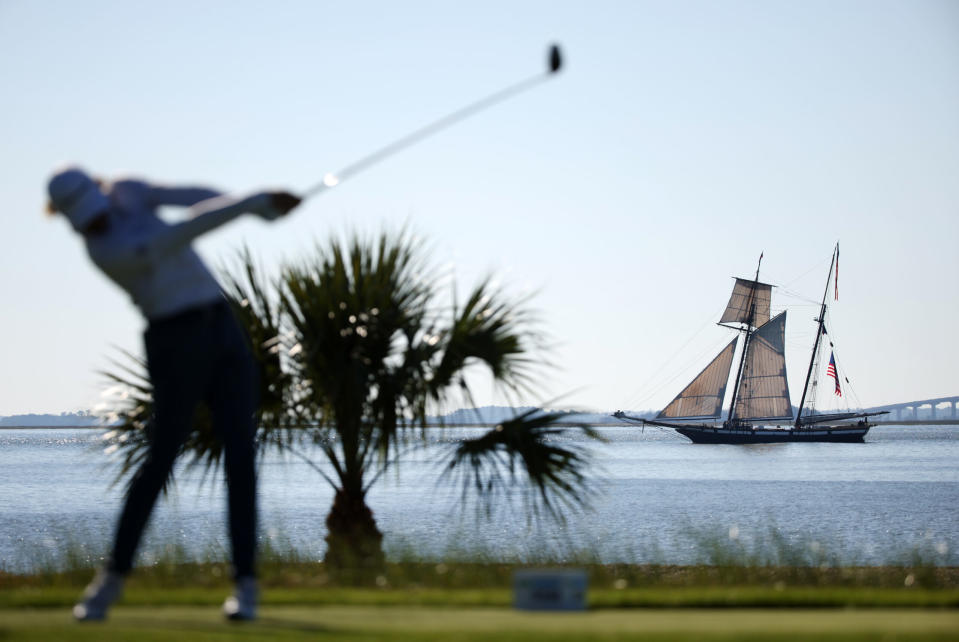 ST. SIMONS ISLAND, Ga. — The fall portion of the 2022-23 PGA Tour season comes to a close this Sunday with the conclusion of the RSM Classic at Sea Island Resort. But for some players, the end came prematurely with a missed cut on Friday.

Sixty-nine golfers from a field of 155 will advance to the weekend for the chance to win a trophy and a check for $1.24 million. That should make Thanksgiving turkey taste a little better. But it took some quality golf to join the trophy chase, as 4-under 138 was needed to survive the 36-hole cut after a round at Sea Island’s Seaside Course and Plantation Course. Here’s a closer look at some of those who weren’t so lucky.

Kuchar, a former St. Simons Island resident and still a member of the Sea Island club, missed his first cut since the FedEx St. Jude Championship in August. He spread four birdies and four bogeys on the map when he shot even-par on a cold, windy day on the Seaside Course. His putter was almost as cold as the weather, as he took 28 putts and finished on the negative side in Strokes Gained: Putting. There is no Shotlink data for the Plantation Course, but it’s safe to say that he was negative again on Friday when he took 31 putts. Kuchar made par on his first nine holes of the day, and even a 3-under 33 coming home wasn’t enough to make the cut.

ALSO READ  Golf Tutorial: How to Get More Clubhead Speed

A day’s week was spoiled by a three-hole trip on the slow train Thursday. His card shows three bogeys from Nos. 13-15 on Seaside Course resulting in a 4-over 74.

Day rallied with six birdies on Friday, but that wasn’t enough. He shot 67, but his 36-hole total of 1-under 141 meant he would be heading home early. It broke a streak of four straight cuts with Day’s worst finish being a T-21 in Mexico.

Simpson’s ace on Thursday and 67 in the first round must have felt like a distant memory a day later.

Simpson made a triple bogey on Seaside’s second hole and two double bogeys on his way to shooting 4-over 74 to miss the cut.

Simpson hit just 7 of 14 fairways (T-130) on Friday and had a hell of a putting day – taking 35 swipes and losing more than 4 strokes off the field on the greens. It was the first time in 11 starts at the RSM Classic that Simpson missed the cut.

Johnson’s round on Friday derailed with a triple bogey on the par-4 fifth hole at Seaside Course. Unfortunately, it was his second seven on the card in 36 holes – he also doubled the par-5 18th on the Plantation Course.

Johnson, who went 2-over 72 on Friday, played in all 13 editions of the RSM Classic and missed the cut for the fourth time.

ALSO READ  Roger Maltbie talks about his career at NBC, plans for the future and why he'd be shocked if LIV Golf came along

Hoge concluded his feast or famine fall season. He recorded four top-13 finishes, with a best of T-4, but finished the schedule’s fall session with back-to-back missed cuts.

Cameron Champ played the RSM Classic for the first time since 2019 when he finished sixth. This time, Champ played more like a dork.

Whether he played the Plantation Course on Thursday or the Seaside Course on Friday, he made a double bogey on the par-4 10th hole.

Champ has had a rough time this season. This was his fifth missed cut in six starts during the fall portion of the 2022-2023 season.