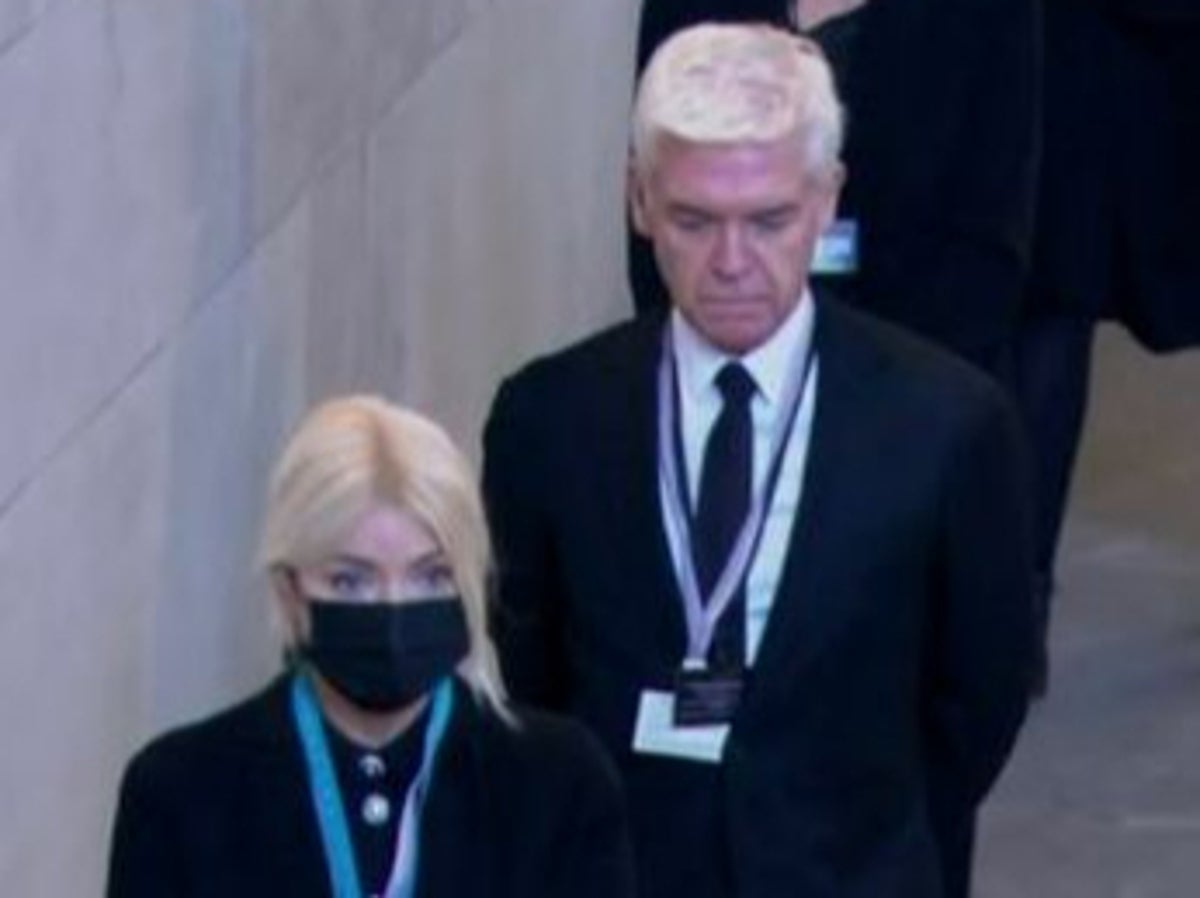 ITV show This morning has insisted that its presenters Phillip Schofield and Holly Willoughby not “jump in line” for Queen Elizabeth II’s lying in state.

The couple faced criticism on social media after showing up at Westminster Hall without standing in line.

The This morning Presenters Willoughby and Schofield lined up in separate lines for the thousands of mourners who waited hours to see the Queen in state in the old hall.

Earlier on Saturday, a source told TBEN“They couldn’t honor the Queen in the same way as lining up the public, but they filmed in an area reserved for the press.”

But on Saturday night, the broadcaster took to Instagram and rushed to the couple’s defense, claiming that they had, in fact, attended the event in a “professional capacity,” which they were given VIP access to report on.

A statement on the program’s social media account read: “Hi everyone, we’d like to clarify something. We’ve asked Phillip and Holly to be part of a movie for this Tuesday’s program.

“They didn’t jump in line, didn’t have VIP access or pass the queen in state — but instead were there in a professional capacity as part of the world media to cover the event.”

Other stars, such as Tilda Swinton, David Beckham and Susanna Reid, waited hours in the main line to see the Queen in state in Westminster Hall.