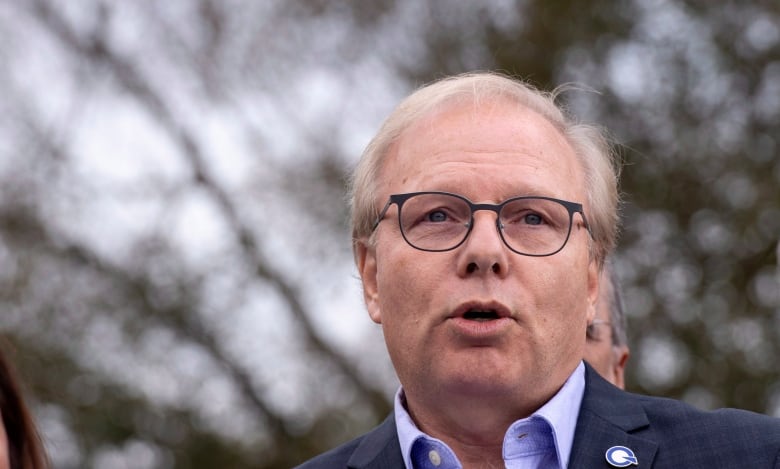 A once secret document from the US State Department suggests that former Prime Minister Pierre Trudeau allegedly asked one of Quebec’s greatest business leaders to “make it as difficult as possible” for the newly elected government of Quebec. Parti Québécois in 1976 and to discreetly move jobs outside the Province.

In a telegram dated December 22, 1976 – a little over a month after René Lévesque’s Parti Québécois Sovereigniste knocked out the rest of Canada on coming to power – US Ambassador Thomas Enders informed the State Department of the debate behind the scenes of the government of Pierre Trudeau. He said Trudeau might consider a more aggressive approach to dealing with the fledgling PQ government.

“Despite what cabinet ministers say, Trudeau can still send punitive signals on the Quebec economy,” Enders wrote in a telegram classified “secret” and restricted to “exdis” or exclusive distribution.

“Paul Desmarais, president of Power Corporation, Trudeau’s main commercial supporter and businessman for the French-Canadian prime minister, tells me that Trudeau suggests” making things as difficult as possible “for Quebec,” the telegram continued.

“Desmarais, whose companies employ 48,000 people in Quebec, thinks Trudeau wants him to leave the province’s organizational structures intact, but reschedule as many operations and investments as possible for the rest of Canada. The idea would be to create a surge in the provincial unemployment rate from currently 10 percent to 15 or even 20 next year. “

According to the telegram, Desmarais was not the only businessman who spoke with Enders.

“Canadian Pacific President Ian Sinclair, who is the most influential businessman in the country and who has also contacted Trudeau for advice, tells me he has not received a signal to withdraw, but that he received no encouragement to stay, “the telegram said.

A month earlier, on November 18, 1976, Enders had sent a telegram to the State Department describing a 40-minute conversation he had had with Trudeau about tactics following the provincial election in Quebec. In it, Enders said Trudeau told him that while centering the political debate on Ottawa would unite the PQ, economic issues could divide it.

“If ever the government of Quebec could be put in place to make decisions on the ownership of industry and resources, social benefits, rights of employees and employers, it will be subject to serious internal tensions,” he said. writes Enders.

Trudeau noted that these stressful effects would be magnified by the need to come to an understanding with foreign investors. He agreed that investors should not take any hasty steps to withdraw or invest in Quebec, but should instead adopt a stance of ‘waiting, clearly indicating to the new government that they wish to have guarantees on their future in the province. “

The telegrams are part of several documents recently republished by the Office of the Historian of the United States Department of State as part of its United States External Relations series.

The documents were declassified several years ago.

Jean-François Lisée, journalist and author who led the PQ from 2016 to 2018, obtained thousands of documents from the US government on Quebec’s sovereignty movement for his award-winning book in 1990 In the Eye of the Eagle (Dans l ‘ eagle eye). He describes Enders’ telegram as “a bomb.”

“This is major news. We never heard from it,” Lisée said, adding that the telegrams matched other documents he had obtained for his book.

“We do not know how far it has gone and how effective it has been, but this temptation to sabotage part of the Quebec economy seemed to have been part of the strategy at the very beginning,” he added. .

“This is the first evidence not only but direct testimony we have from a major player, Mr. Desmarais, to an irreproachable source, Mr. Enders, that this was at stake.”

Lisée said the documents show Pierre Trudeau was ready to step outside the normal boundaries of democratic debate to counter the sovereignist movement. He compared it to the RCMP spying on the Parti Quebecois and party leader René Lévesque.

But Marc Lalonde – who was a key member of Trudeau’s cabinet at the time – questioned Enders’ account of his conversation with Desmarais, saying it contradicted what cabinet members were telling business leaders at the time. ‘time.

“The statement about Mr. Desmarais, I don’t think, represents what he understood at the time,” Lalonde said. “If he understood what the ambassador is reporting, then there was a misunderstanding in the transmission of information one way or another, because I spoke to Mr. Desmarais myself several times during this period. “

Lalonde said there was “great concern in the Quebec business community and fear of investing” at the time and the government told companies it would understand if they chose to make new investments in Quebec. outside Quebec.

“Our goal was not to encourage divestment,” he said.

Lalonde said Quebec went through difficult economic times after the October 1970 crisis. He said the Trudeau government did not want another economic crisis that would force it to spend large sums of money to support the economy of the province.

Stéphane Lemay, vice president of Power Corporation, said he could not comment on the document and the reference to Desmarais “in relation to an alleged conversation between two people who have since died.”

Lemay said Desmarais did not cut jobs in Quebec during this period.

“The actions of Mr. Desmarais and the Power group of companies, during all relevant years, do not at all support the theory put forward in the document,” he wrote in an email response to TBEN. News. “Electricity did not move jobs, operations or facilities outside of Quebec during this period.

“In fact, following the election of the Parti Quebecois in 1976, Mr. Desmarais encouraged business leaders to maintain their activities in Montreal and in the province of Quebec.

Graham Fraser is a senior researcher at the University of Ottawa and author of PQ: René Lévesque and the ruling Parti Quebecois. He said that while the passage relating to Desmarais came to him as news, it dates from a time when Pierre Trudeau’s government – which had been caught off guard by the PQ victory – was wondering how to react.

“I think there would be recognition that [at] At that precise moment, December 1976, all kinds of ideas were flying and the fact that that idea was rejected – all kinds of other ideas were rejected as well, ”Fraser said.

Fraser said he was also struck by one of the other recently released documents: a memorandum of a conversation between Pierre Trudeau and Enders at their first meeting in March 1976 which was also classified.

Fraser said it was clear the two “got along well”.

“It was a conversation in which they covered a whole range of Canada-U.S. Issues in which they were quite undiplomatic in a way … going way beyond their respective mandates to speak quite loudly. theoretical and hypothetical of what governments could or should do or could do, ”he says.

This memo – which has been marked “Nodis” for “no distribution” – paints a picture of a warm relationship between Trudeau and Enders. After debating the ideas, they agreed to continue talking in the future and “conceptualizing” together, although Trudeau asked Enders not to share this with his ministers.

“For heaven’s sake, don’t tell them we’re conceptualizing together,” Trudeau says in the transcript.

“Trudeau was as advertised: elegant, contrary, fragile, unable to resist intellectualization, preoccupied with Galbraithian thoughts that few in Canada share with him. He was also very friendly.

Elizabeth Thompson can be reached at [email protected]