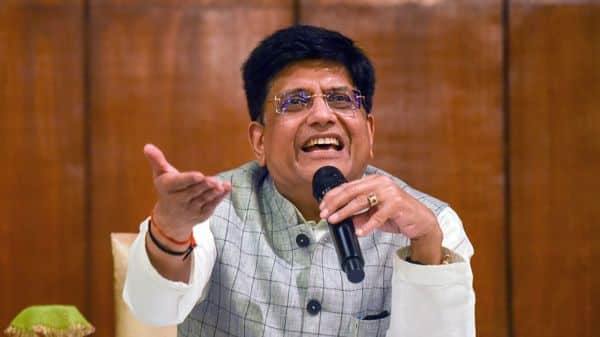 NEW DELHI : Union Minister Piyush Goyal on Saturday attacked Maharashtra Chief Minister Uddhav Thackeray over the issue of oxygen availability in the state, saying Maharashtra had so far received the largest amount of oxygen in India and that the Center was in regular contact with state governments to assess their needs.

“Maharashtra suffers from an incompetent and corrupt government and the Center is doing its best for the people. The people of Maharashtra conscientiously follow “Majha Kutumb, Majhi Javabadari”.

It is time for the CM (Chief Minister) to also perform his duties in the spirit of “Majha Rajya, Majhi Javabadari”, ”the Minister of Trade and Industry said. In a letter to Prime Minister Narendra Modi, Thackeray said the state’s medical oxygen requirements are expected to reach 2,000 metric tons per day by the end of April, up from current consumption of 1,200. tons per day.

Citing logistical obstacles in transporting liquid medical oxygen from neighboring states, Thackeray had applied for permission under the National Disaster Management Act to transport oxygen from steel mills in the east and south. from the country.

Medical grade oxygen is used for the treatment of critical patients with COVID-19 and other respiratory illnesses. Goyal, in a series of tweets, said Maharashtra has so far received the highest amount of oxygen in India and the Center is in daily contact with state governments to assess their needs and assist them in the process. best possible way.

On Friday, Goyal said the prime minister in his review said the Center and states should work synergistically in this crisis. In this context, shocked and saddened to see the petty politics played by @OfficeOfUT (Uddhav Thackeray). He has to stop his daily dose of shameless politics and take responsibility. Sad to see @ OfficeOfUT’s tips on oxygen. GoI (Government of India), together with all stakeholders, ensures maximum oxygen production in India. We are currently producing 110% of oxygen production capacity and diverting all available oxygen from industrial use to medical use, ”he added.

Formation of the government of Tamil Nadu: Ma Subramanian, PK Sekarbabu in the cabinet of MK Stalin; see full list of ministers DMK-Politics...