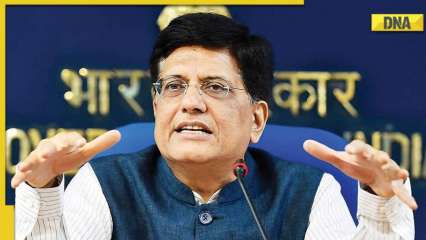 “I stand at the Gadar Memorial today, with a deep sense of gratitude to our ancestors who sacrificed ‘everything’ for our beloved motherland. I pledge to serve India in the ‘Amrit Kaal’, to create a developed and prosperous country to be. Jai Loved!” tweeted Goyal Gadar Memorial site in San Francisco is home to the Hindustan Gadar party – mostly made up of freedom fighters who had left India and migrated to North America and gathered here to plan an uprising against the British Raj in the early 20th century.

Earlier, Goyal also paid a floral tribute to the Father of the Nation – Mahatma Gandhi in San Francisco.

“The difference between what we do and what we are capable of would be enough to solve most of the world’s problems. As I pay tribute to Mahatma Gandhi in San Francisco, I am proud of India’s efforts and abilities to a more just and prosperous world,” Goyal tweeted.

As the Union minister paid tribute to the 8-foot-tall sculpture, a gift from the Gandhi Memorial International Foundation to the city of San Francisco said, “What better way to begin this visit than to pay tribute to Mahatma Gandhi. ” with the Indian community settled in San Francisco.

“Over the next two days, I will have interactive sessions with members of the business community from the San Francisco area. The focus would also be on promoting and facilitating investment and expansion by key US players in India across various sectors,” Goyal said. the community members.

“The visit would focus on highlighting the attractiveness of India as the most preferred investment destination,” the Ministry of Commerce added.

As of today, the minister is making a six-day visit to San Francisco and Los Angeles to attend the India-US Strategic Partnership Forum conference and the Indo-Pacific Economic Framework (IPEF) ministerial meeting.

Minister Goyal will meet on the sidelines of the IPEF ministerial meeting with US Trade Representative Katherine Tai and US Secretary of Commerce Gina M Raimondo. The IPEF was jointly launched in Tokyo on 23 May by the US and other partner countries of the Indo-Pacific region.