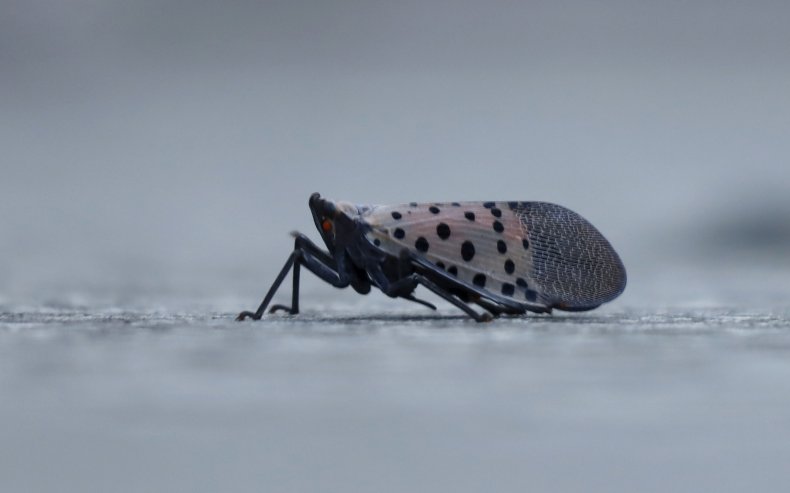 Swarms of spotted lanternflies have made their way across the eastern US, gobbling up trees.

The invasive insect is native to China and first appeared in the US in 2014, in Pennsylvania. This summer, the bugs have infested 14 states on the East Coast and Midwest: Pennsylvania, Connecticut, Delaware, Indiana, Maryland, Massachusetts, Michigan, New Jersey, New York, North Carolina, Ohio, Rhode Island, Virginia and West Virginia.

“I’ve seen lanternflies build to populations where you can’t even see the bark of the tree through the insect bodies,” Emilie Swackhamer, a plant science expert at Penn State Extension in Collegeville, Pennsylvania, told me. new scientist. “It’s unnerving because you wonder what that does to the health of the tree.”

The spotted lanternfly measures only about 1 inch. It has characteristic gray forewings with black spots, and red hindwings also with black spots. They feed on a wide variety of fruit, ornamental and woody trees, according to the U.S. Department of Agriculture Animal and Plant Health Inspection Service (APHIS).

ALSO READ  What are Catalysts? How to protect yours from theft.

If they spread across the US, they could decimate important trees of more than 70 species, including almond, grape, apple, peach, maple, oak, willow and pine. When the insects infest a tree, they suck the fluids from the plant tissue, which can eventually kill the plant. Infecting these trees could cost the country millions of dollars: In New York alone, the wine and grape industry is worth $6.65 billion.

According to APHIS, spotted lanternflies hitchhike their way to new locations, laying eggs on tree bark, outdoor equipment and cars. Signs of a tree infested by the lantern flies include oozing or howling, a fermented odor, a buildup of sticky honeydew, and sooty mold visible on the plant.

Some models predict that the bugs could make their way to California by 2033.

Preventive measures suggested by APHIS include checking outdoor items and trees for spotted lanternfly egg masses and destroying them, either by placing them in a plastic bag filled with hand sanitizer or by crushing them. The egg masses appear brownish-yellow in color and contain 30-50 eggs, which are covered with a waxy substance that turns gray over time.

Some states, including Delaware and New York, encourage residents to stomp on them and kill the bugs if they see them.

Still, stomping the insects to death “isn’t the management plan,” Julie Urban, an insect scientist at Pennsylvania State University, told me. new scientist. “The idea is that we can stop it from spreading just long enough to give us a better long-term solution,” she said. “Even if in the grand scheme of things you only buy a little time, that little bit of time means a lot.”

According to Urban, more effective solutions include insecticide treatments, careful monitoring of transport hubs and even biological control using fungi that infect the insects.

What is reverse storm surge? How Ian got water off...