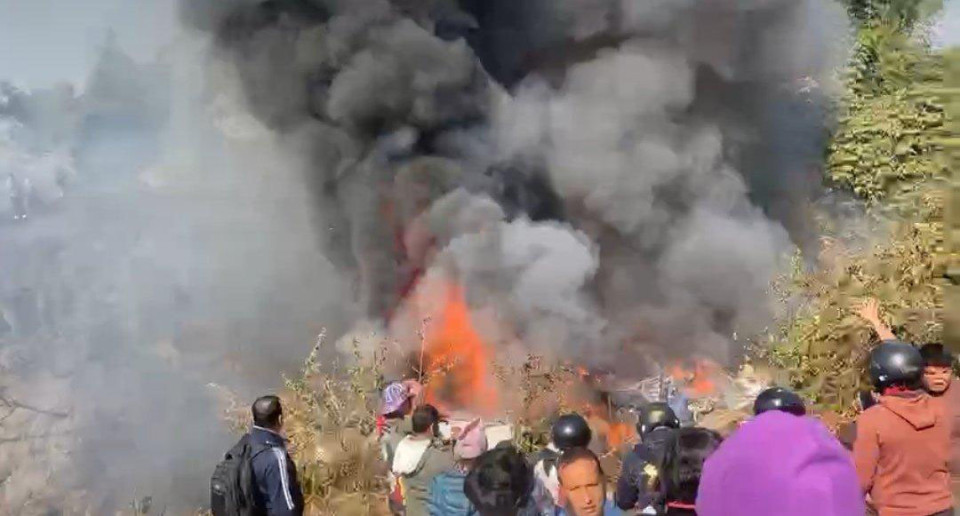 The ATR 72 turboprop was flying from the capital Kathmandu to Pokhara with 68 passengers and four crew on board when it crashed into a canyon of the Seti River, spokesman Gyanendra Bhul said.

“The plane caught fire after the crash,” Bhul said. It took firefighters more than three hours to extinguish the fire.

Of the 15 foreigners on board flight YT691, five were Indians, four Russians and two South Koreans, Yeti Airlines spokesman Sudarshan Bartaula said. There were also each from Argentina, Australia, France and Ireland.

A screenshot from a video shows the scene of a Yeti Airlines plane crash in Pokhara, Nepal, on Jan. 15, 2023. (Anadolu Agency/Getty/TBEN)

Among the passengers were six children, three of whom were infants.

Pokhara Police Chief Ajaya KC said by telephone that the search for the remaining four individuals has been suspended due to darkness and will resume on Monday.

The crash site is located between the old Pokhara Airport and the new Pokhara International Airport, which was inaugurated by the country’s leader on January 1. The plane was on its way to the new airport.

Bikram Gautam, head of the Civil Aviation Authority, Pokhara, said the weather in the area was good and could not have played a role in the crash.

Yogendra Kunwar, an air traffic controller at Pokhara International Airport, said the pilot of the crashed plane had been cleared to land and had not reported any technical or other problems. 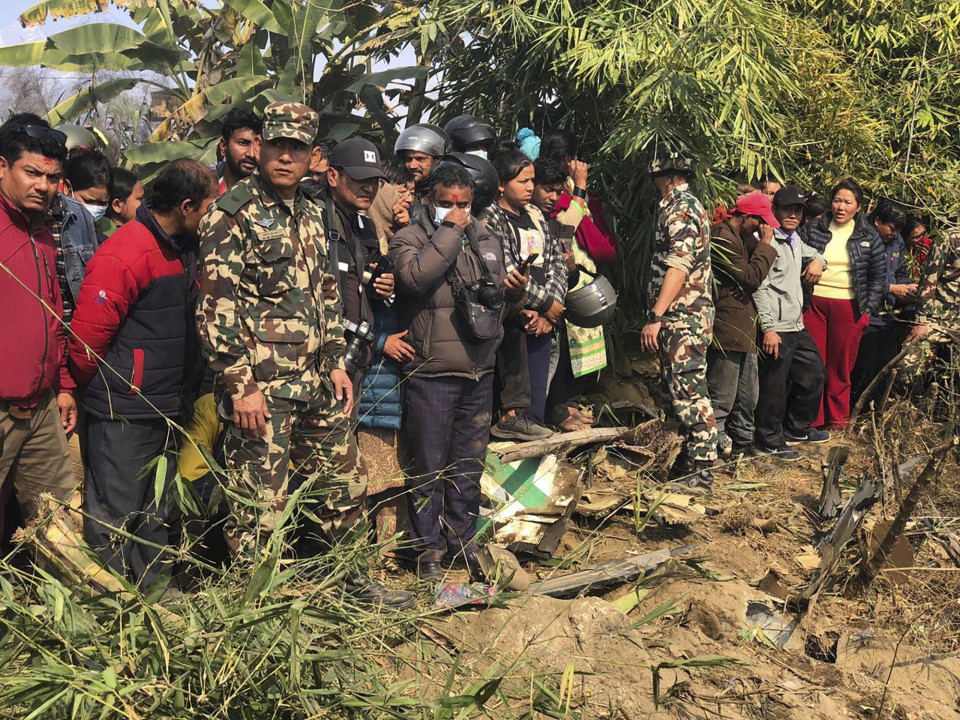 It was the worst air disaster in the Himalayan country since the 1992 Pakistan International Airlines plane crash in Bhattedanda near Kathmandu, killing all 167 on board.

The government called an emergency cabinet meeting in Kathmandu after the crash and launched a five-person team to investigate the disaster.

Pokhara is a major tourist destination in Nepal and popular with trekking enthusiasts heading for the famous trekking trails of the Annapurna Mountains.

In May last year, a small passenger jet operated by Yeti subsidiary Tara Air crashed into a mountainous area shortly after taking off from Pokhara’s domestic airport, killing all 22 passengers and crew on board.

In an announcement following Sunday’s crash, Yeti Airlines said it has canceled all scheduled flights for Monday.