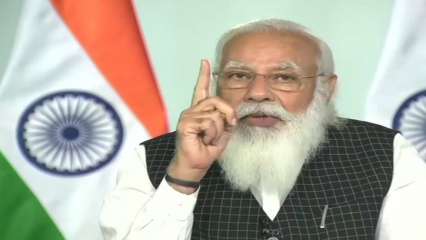 Prime Minister Narendra Modi said on Thursday that a difficult situation was emerging again due to COVID-19 and urged states to step up testing. Presiding over a meeting with chief ministers on the COVID-19 situation in the country, he said many states, including Maharashtra, Gujarat, Chhattisgarh, Punjab, had passed the peak of the first wave in terms of COVID-19 cases and that it was a serious matter. worry.

He said the period between April 11 and April 14 could be observed as “Tika (vaccination) Utsav” for COVID-19 vaccination. “A difficult situation is emerging again. We have to fight the second wave of cases. Many states, including Maharashtra, Gujarat, Chhattisgarh, Punjab, have passed the first peak wave in terms of COVID-19 cases .

It is a serious problem. People have become complacent. In most states, the administration has also relaxed, “he said.” I urge you all to insist on COVID-19 testing. Our goal is to perform 70% RT-PCR tests.

“Can we do a mass immunization program April 11-14 for eligible people without waste and use our resources optimally?” He asked.

The prime minister said people should not become reckless after taking the COVID-19 vaccine.

Elections in West Bengal 2021: 78% voter turnout in the fifth phase, according to the EC, the ballot is peaceful