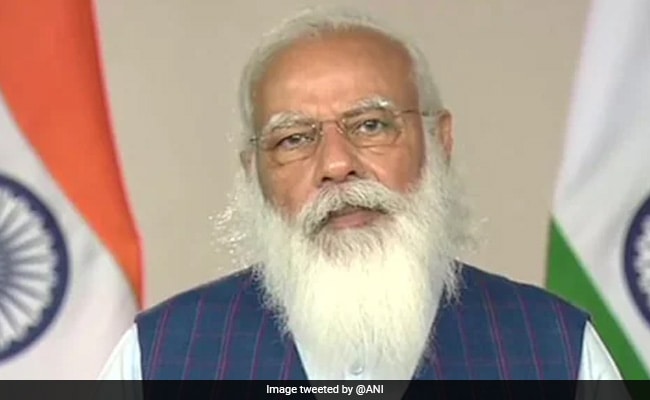 Prime Minister Narendra Modi on Thursday announced that India and the United States are launching an “Agenda 2030” partnership on green collaborations as he sets for concrete “high speed” and “large scale” action at the level global campaign to fight climate change.

Addressing a virtual climate change summit convened by US President Joe Biden, Prime Minister Modi said a guiding “back to basics” philosophy must be an important pillar of economic strategy for the post era -COVID and asserted that India had taken “many bold steps” on clean energy, energy efficiency and biodiversity, despite its development challenges.

“As a climate-friendly developing country, India invites its partners to create models of sustainable development in the country. These can also help other developing countries, which need affordable access to green finance and clean technologies.

“That is why President Biden and I are launching the ‘India-US Climate and Clean Energy Partnership 2030’. Together, we will help mobilize investment, demonstrate clean technologies and enable green collaborations, ”Prime Minister Modi said.

In his remarks on the opening day of the two-day summit, the Prime Minister also recalled the words of Swami Vivekananda, saying that he called on “us to” get up, wake up and stop as long as the goal. is not reached “”.

On the Indo-American partnership, a joint statement from the two sides said it aimed to demonstrate how the world can “align rapid climate action” with inclusive and resilient economic development, taking into account national circumstances and political priorities. sustainable development “.

“Led by Prime Minister Modi and President Biden, the partnership will represent one of the main venues for Indo-American collaboration and will focus on driving urgent progress in this critical decade for climate action,” he said. -he declares.

“The partnership will aim to mobilize funding and accelerate the deployment of clean energies; demonstrate and scale up innovative clean technologies needed to decarbonise sectors such as industry, transport, energy and buildings; and build capacities to measure, manage and adapt to the risks of climate-related impacts. “, he added.

“India and the United States have set ambitious goals for 2030 for climate action and clean energy. In its new Nationally Determined Contribution, the United States has set an economy-wide goal of reducing its net greenhouse gas emissions by 50 to 52 percent from 2005 levels. 2030 ”, indicates the joint press release.

In his summit speech, Prime Minister Modi said India’s per capita carbon footprint was 60% below the global average.

“For humanity to fight climate change, concrete action is needed. We need such action at high speed, at scale and with global reach,” he said.

“We in India are doing our part. Our ambitious renewable energy target of 450 gigawatts by 2030 shows our commitment,” added the Prime Minister.

He said humanity is currently battling a global pandemic and the climate summit is a timely reminder that the grave threat of climate change has not gone away.

“In fact, climate change is a reality experienced by millions of people around the world. Their lives and livelihoods are already facing its dire consequences,” Prime Minister Modi said.

He said India was among the few countries whose “CDNs are two degrees Celsius compatible”.

As part of the Paris Agreement, each country must set its own emission reduction targets, known as National Determined Contributions (NDCs) and the goal of the pact is to limit global warming to well below two. degrees Celsius.

“Today, as we discuss global climate action, I want to leave you a reflection. India’s per capita carbon footprint is 60% lower than the global average. This is because our way of life is always rooted in sustainable traditional practices, ”said Prime Minister Modi mentioned.

He also highlighted the importance of a lifestyle change in climate action.

“Sustainable lifestyles and a guiding ‘back to basics’ philosophy must be an important pillar of our economic strategy for the post-COVID era,” Prime Minister Modi said.

He also mentioned that India is encouraging global initiatives such as the International Solar Alliance, LeadIT and the Coalition for Disaster Resilient Infrastructure.

The summit is hosted by Biden, for whom climate change has been an area of ​​interest.

After taking office as president, Biden announced on January 20 the return of the United States to the Paris climate agreement.

The virtual summit is part of a series of global meetings focusing on climate issues, to be held in the run-up to the United Nations Climate Change Conference (COP26) in November.

Indian leaders told him of the country’s efforts to meet commitments made under the Paris climate agreement and reduce emissions.