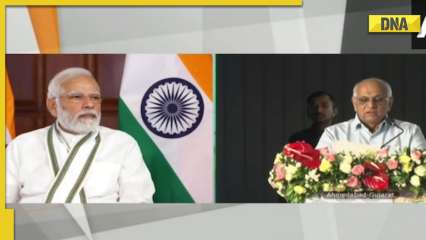 Prime Minister Narendra Modi inaugurated the Center-State Science Conclave in Ahmedabad on Saturday. The event was attended by all states except Jharkhand and Bihar, which have not yet given an official reason for their absence.

This comes amid the frenetic political activity of recent times in both states. Jharkhand Chief Minister Hemant Soren is in danger of being disqualified for granting mining rent to himself while in office. The ruling JMM-Congress coalition has also accused the BJP of trying to overthrow the government.

On the other hand, Bihar recently saw another flip-flop from Chief Minister Nitish Kumar, who ended his alliance with the BJP and rejoined the Mahagathbandhan fold.

Gujarat Chief Minister Bhupendra Patel and Union Minister of State for Science and Technology Jitendra Singh were also present at the inaugural meeting. Ministers of Science and Technology and secretaries of state and trade union areas, industry leaders, entrepreneurs, NGOs, young scientists and students will participate in the event.

During the conclave, Prime Minister Modi called for concerted efforts to make India a global center of research and innovation, and urged state governments to formulate modern science and technology policies.

The prime minister complained that unlike western countries, India has not properly celebrated the work of its scientists, leaving much of society indifferent to science. It is necessary to celebrate the achievements of Indian scientists, he said.

Addressing the inaugural session of the Centre-State Science Conclave hosted here via video link, Modi said there has been a significant increase in science and technology investment since 2014.

“We need to work together on several fronts to make India a global center of research and innovation in this ‘amrit bare’. We need to bring our science and technology research to the local level. It is the need of the hour for all states to emphasize innovation to find local solutions to local problems,” he said.

He urged state governments to design modern science, innovation and technology policies to find solutions to local problems, and emphasized the need for greater collaboration and collaboration with scientists.

JK: Meeting Breaks Up Between Terrorists, Security Forces In Moolu Area Of Shopian