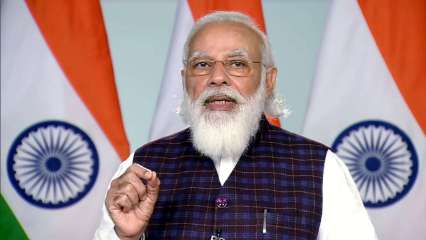 Prime Minister Narendra Modi will dedicate the seven new defense companies formed from the Ordnance Factory Board to the nation on Friday.

The government decided to transform the Ordnance Factory Board from a government department into seven private entities wholly owned by the government in order to improve autonomy in the preparation of the country’s defense.

The move aims to bring greater functional autonomy and efficiency and to unleash new potential for growth and innovation.

In 2019, the government decided to transform the Ordnance Factory Board (OFB) into a company. Following the government’s decision to convert the OFB, the government had formed an Empowered Group of Ministers (EGoM) under the chairmanship of Defense Minister Rajnath Singh to oversee and guide the entire process, including supporting the transition and redeployment plan for employees while protecting their wages and retirement benefits.

ALSO READ  "I represent a country proud to be known as the mother of democracy": PM at the UN

Previously, the OFB controlled 41 factories, employing more than 70,000 people. He had an annual turnover of around Rs 19,000 crore. All of this is now spread across seven Public Sector Defense Units (DPSUs).

Four committees have been set up since 2000 to propose reforms in the defense sector, and with the exception of the one formed by former Defense Minister Manohar Parrikar, the other three – the TKS Nair committee (2000) , the Vijay Kelkar Committee (2005) and Vice-Admiral Raman Committee Puri (2015) – had promoted the corporatization of OFB.