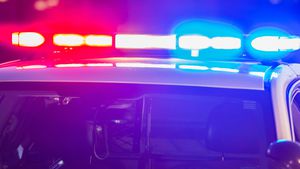 Authorities said several people were shot at an apartment complex in Brookhaven on Sunday morning.

At about 10:35 a.m., Brookhaven Police responded to an 911 call about several people being shot.

Officers responded to 3132 Buford Highway and found a man dead in the apartment and three other men injured in the shooting.

The three survivors were taken to nearby trauma centers and are stable, according to police.

According to police, there was a party at the apartment complex late at night that continued into the morning hours.

“The party took place into the night hours and the individuals involved may have continued partying and drinking alcohol in the apartment until the wee hours this morning,” said Sgt. Jake Kissel of the Brookhaven Police Department.

Police have not disclosed whether they are currently looking for a suspect.