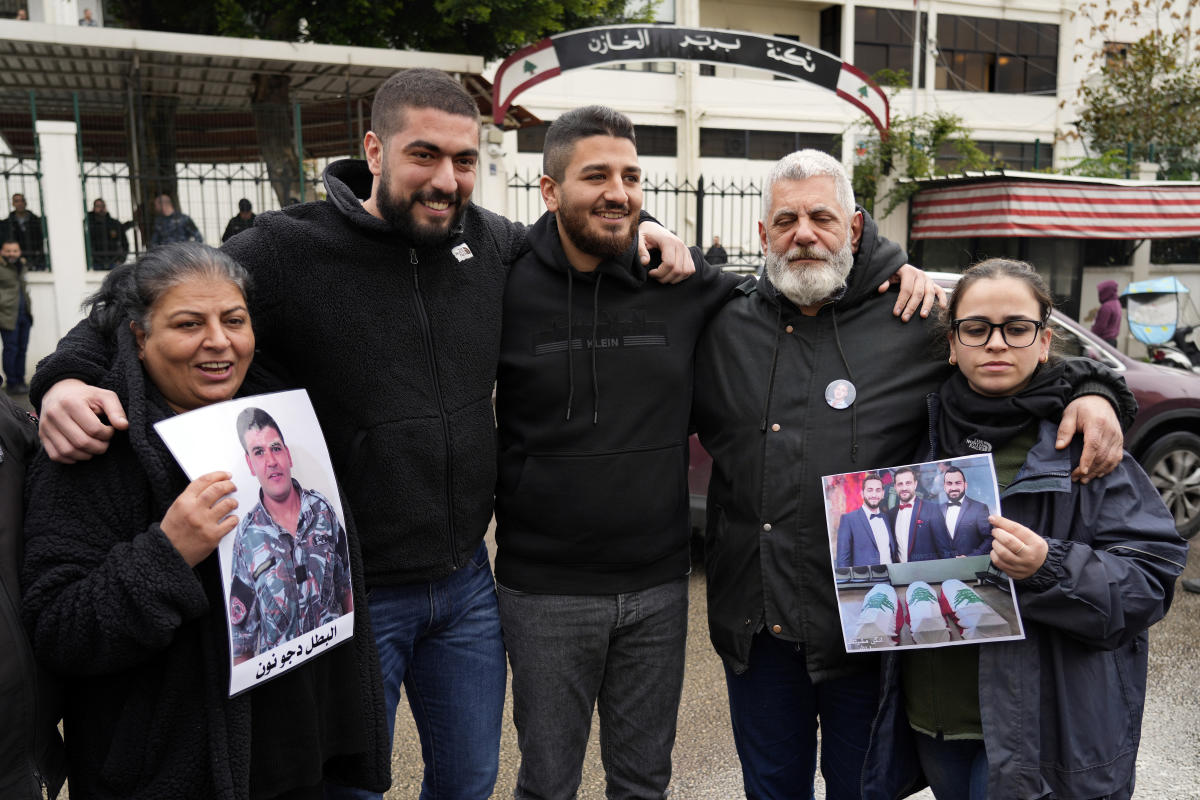 BEIRUT (TBEN) — Several family members of the victims of the 2020 mass explosion at the Port of Beirut showed up Monday to answer police questions after they were accused of rioting and vandalism during protests over the deadlocked investigation into the explosion.

In last week’s riots, the family members threw rocks at the Beirut Courthouse and burned tires outside the building, denouncing years of what they say is political interference in the investigation.

The August 4, 2020 explosion killed more than 215 people, injured 6,000 and destroyed entire neighborhoods of the Lebanese capital after hundreds of tons of highly explosive ammonium nitrate, a chemical used in fertilizer, detonated in a port warehouse .

It later emerged that the chemical had been shipped to Lebanon in 2013 and was not properly stored in the warehouse. A handful of senior political and security officials knew of its presence and the threat it posed to the city, but took no action to remove it.

Judge Tarek Bitar’s investigation into the disaster has been frozen since December 2021 after politicians he had charged in the case legally challenged the investigation. No one has been tried or convicted for the blast.

The families of the victims of the harbor blast have long campaigned for an uninterrupted investigation and have held regular protests and monthly vigils. Some families and Lebanese activists, as well as human rights groups, have urged the United Nations to investigate the blast.

On Monday, 13 relatives of victims of the blast showed up to respond to police’s call over the riots. While being questioned on police grounds, hundreds of other relatives of the blast victims, activists and some lawmakers protested outside, condemning the country’s ruling elite. They say the elite’s grab for power has kept its members immune from accountability.

ALSO READ  The arrest of the fugitive resembles an 'earthquake', but the mafia is very resilient

William Noun, who lost his brother firefighter Joe in the blast, is an outspoken activist. Summoned on Monday, he later claimed authorities were trying to exhaust and intimidate the families. Security forces raided his home and detained him on Saturday night after he spoke in a TV interview criticizing the judiciary.

“We want justice and we want everyone who blew up the port held accountable, regardless of their political affiliation,” he said as he walked into the compound.

Among the protesters outside was Ahmad Kaadan’s mother, who was killed in the blast. Holding a poster of her son, she condemned what she said was Lebanon’s “failed state and judiciary.”

“Instead of bringing in officials with arrest warrants, they go after the families who want to know who killed their children,” Um Ahmad told reporters. “In this country, those on the side of justice are arrested while the criminals enjoy their lives.”

Some reformist lawmakers who supported Bitar’s investigation and the victims’ families also joined the protest.

“Not only has the investigation stalled, but now (these) attacks are (intended) to undermine the protest movement and ask the courts to resume due process,” said lawmaker Mark Daou, who also accused the political elite of killing families to suppress. campaign for justice.