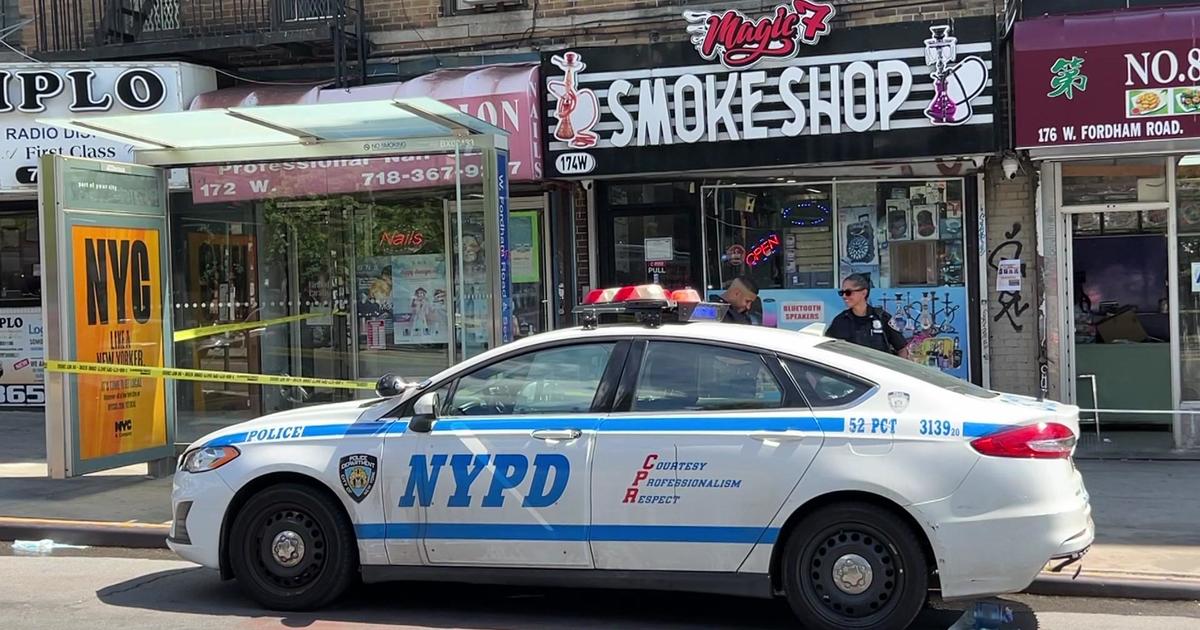 NEW YORK — There was a fatal stabbing Saturday outside a smoke shop in Bronx, and police say a store employee has been arrested.

It happened at the Magic 7 Smoke Shop on West Fordham Road in University Heights.

Police say the store manager was carrying some boxes in around noon when he ran into 59-year-old Kenneth Fair, who was walking down the sidewalk. Fair apparently thought the punch was intentional.

After an altercation, Fair allegedly waved his cane at the manager.

From there, according to police, an employee who was in the smoke shop ran outside, grabbed Fair from behind and stabbed him in the neck.

Fair was taken to a local hospital, where he was later pronounced dead. Police said he was homeless.

Neighbors told TBEN’s Kevin Rincon that Fair was a quiet man who was on his own and lived around the corner from the smoke shop.

“He’s so nice to everyone here so I never see him having a problem with anyone,” said one woman. “He loved my son. He was also talking to my son all the time… Oh my god, I feel so bad. I feel so sorry for him.’

The smoke shop employee, identified as 54-year-old Vernon Gowdy, was arrested and charged with murder, manslaughter and criminal weapons possession.

As police continue their investigation, Francisco Marte, the head of the Bodega and Small Business Association, said: recent attacks on employees have left many on edge.

ALSO READ  Woman killed, another injured after tree falls into pool in Bronx

“This is another self-defense… He attacked them. They said sorry,” said Marte. “It happened so quickly that he was plunged into tragedy.”

Police say both Fair and Gowdy have criminal records.

Kevin Rincon is a reporter for TBEN.

The Bharat Express News - August 19, 2022 0
Taxpayers are reportedly on the hook for a nearly $500,000 security fence being built around President Joe Biden's home in Delaware's Rehoboth Beach. The project,...