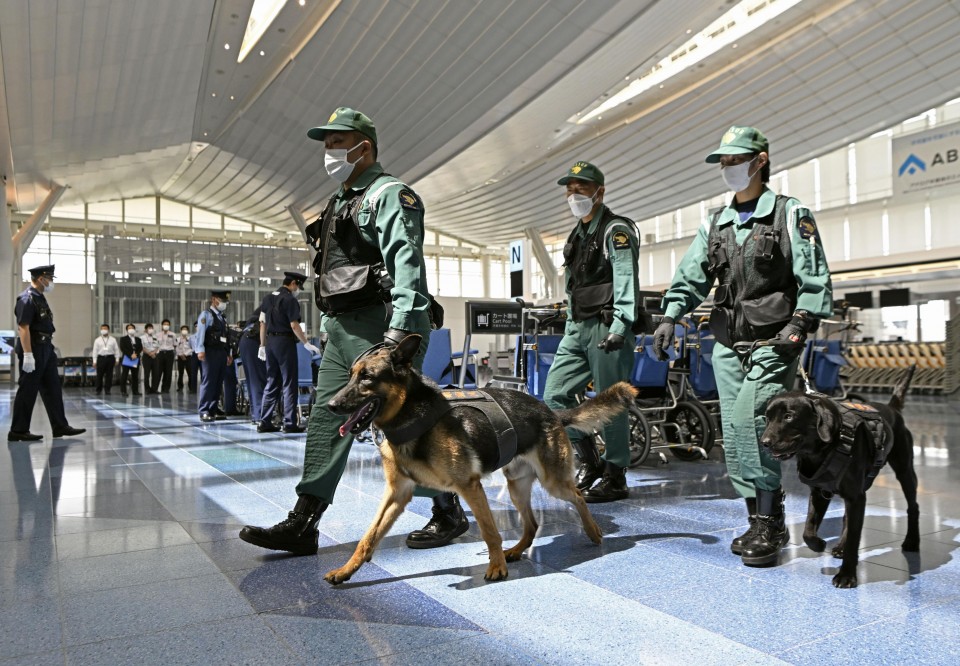 Police officers increased their patrols at Tokyo’s Haneda airport on Tuesday as Japan strengthens security ahead of a state funeral later this month for slain former Prime Minister Shinzo Abe.

Accompanied by two dogs, about 60 officers, some with metal detectors, inspected trash cans, lockers and unattended carts at the airport’s Terminal 3, which is expected to be used by foreign delegations attending the September 27 event in Tokyo.

The police also distributed leaflets to airport users asking them to cooperate in preventing terrorist attacks, for example by reporting suspicious objects.

The inspection, which was opened to the press, also involved the operator of the airport terminal building and a security company.

The Japanese government expects more than 190 foreign delegations to visit Japan to attend the ceremony at Nippon Budokan Hall.

“It is the responsibility of the police to ensure the safety of dignitaries traveling to Japan for the state funeral,” said Yusuk Takayama, an official with the Metropolitan Police Department, promising an “all-out” effort by the department.

Abe, the country’s longest-serving prime minister, was shot dead in July during a stupid speech in the western city of Nara. Itaru Nakamura, commissioner-general of the National Police Station, the top bureaucrat of the Japanese police, resigned last month to take responsibility for the incident.

No special treatment given to successful bidder of Abe funeral: gov’t