Police Inspector General (IG) Japhet Koome fired a warning shot at criminals and justified the use of firearms on gangs terrorizing Nairobi residents.

Koome expressed his authority moments after he was sworn in to the Supreme Court on Nov. 11.

“Anyone charged with committing a crime, murder or attempted rape to escape, an officer can use a firearm.

“If a cop has arrested someone who has committed a crime, you try to rescue that person, the police can also use their firearms.” Koome proclaimed.

His assignment came moments after Makadara OCPD, Timon Odingo, teamed up with Felix Kithuku, Chief of Area Criminal Investigations Officer (DCIO), to arrest gunmen who robbed an Egyptian citizen around South B on Tuesday, November 8, 2022.

“There are increasing cases of robbery of money and property by suspects armed with knives along Mombasa Road,” Odingo said.

The OCPD highlighted Capital Hill Business Center toward Belle Vue Stage along Mombasa Road as one of the high-risk areas for pedestrians.

He also pointed out the stretch between Bunyala Stage and Nyayo Stadium, which he said was precarious at night.

However, Odingo assured residents that the police would increase the level of security in the city.

Mugera, in an interview with citizen TV on Thursday, Nov. 10, claimed the reports had been manipulated to tarnish President William Ruto’s government. 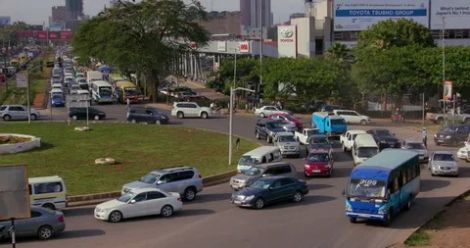