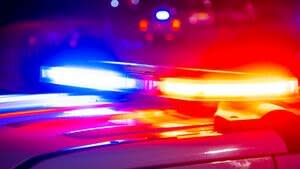 A Boston man with arrest warrants was caught urinating in an elevator of an MBTA station, Transit Police said.

Gerard Burton, 57, was seen urinating on the elevator doors of Ashmont Station around 1:55 a.m. A witness reported the incident to an officer, who police say found Burton while he was still urinating.

“The officer ordered Burton to stop; but Burton continued to relieve himself with no regard for who might get past,” the Transit Police said in a statement.

Burton was arrested and police learned he had several arrest warrants from the Middlesex Superior Court on charges of assault and harassment and a warrant from Rhode Island on charges of fraud.