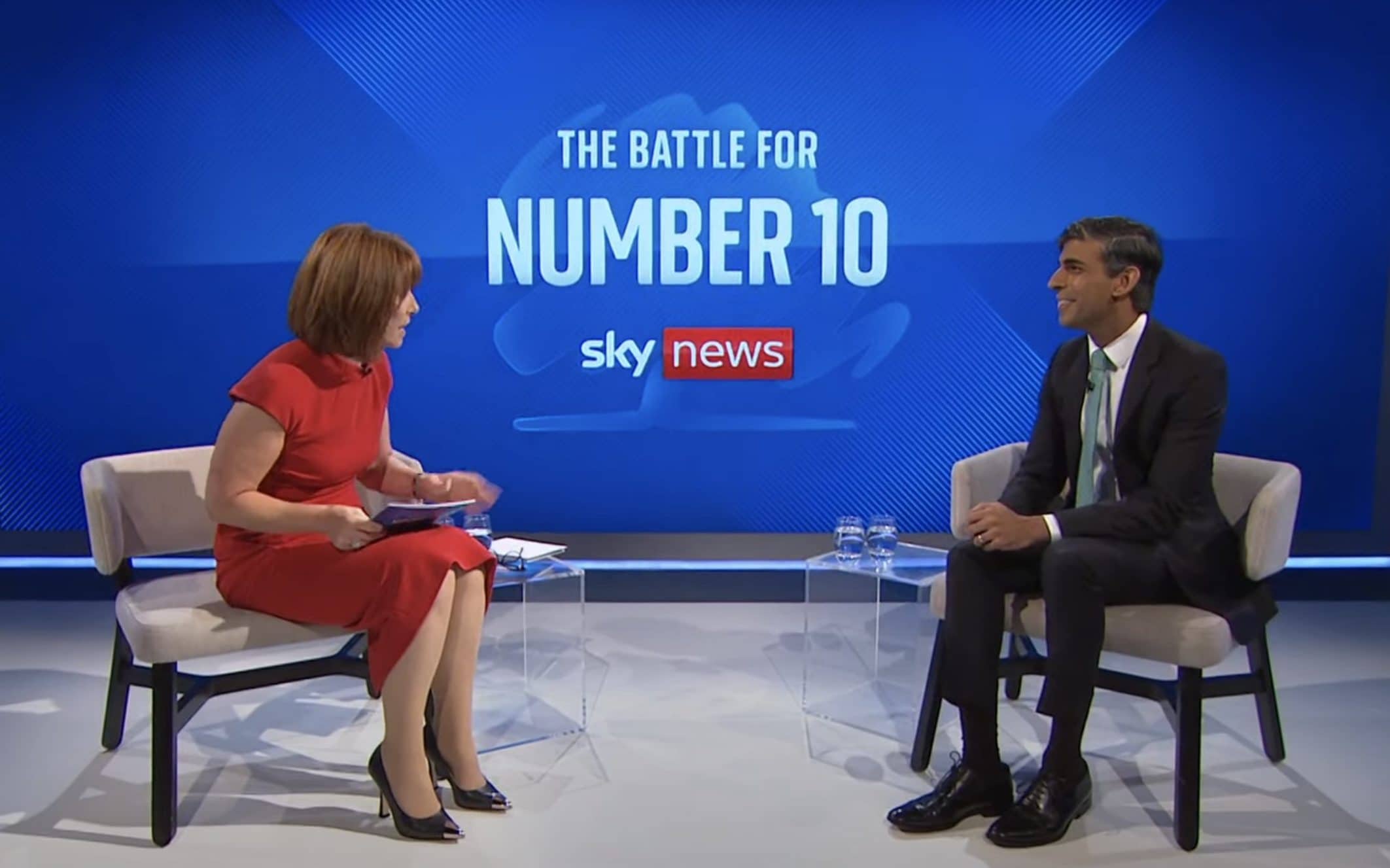 Taxes: The former chancellor has promised the biggest tax cut in 30 years if he becomes prime minister, and pledged to cut the base rate from 20 to 16 percent within seven years. Someone making the average UK salary of £32,000 would save around £777, according to the plans.

He has vowed to eliminate VAT on utility bills for a year, saving around £160 on the average household bill as energy prices skyrocket this winter. He also promises a major new cut in the investment tax this fall, replacing the so-called “super deduction”.

Mr Sunak had previously resisted calls for immediate tax cuts amid the cost of living crisis, instead saying the nation “needs honesty and responsibility, not fairy tales”. He had promised to focus on getting inflation under control and only cutting taxes once that happens, presenting his stance as “common sense Thatcherism”.

ALSO READ  Watch: The ravers are cleaning up Ukraine

To lend: Mr Sunak has repeatedly said that the nation must balance its books. He has warned that “borrowing a way out of inflation is not a plan” and challenged Ms. Truss on her pledge to borrow more to fund her tax cuts. He said, “That’s the credit card of the country and it’s our children and grandchildren, all the children here will pay for it. There’s nothing conservative about that.”

He has maintained that he would not promise tens of billions of pounds of “goodies” – a reference to his rival’s promises – because this would fuel inflation.

ALSO READ  Commonwealth Games 2022 live: all the action from day three in Birmingham

He added: “We in the Conservative Party need to get fast and real because the lights on the economy are flashing red and the main cause is inflation.”

Net Zero: He is committed to keeping the UK carbon neutral target by 2050. To achieve that, he would oversee a massive expansion of offshore wind farms. At a hustings on Aug. 3, he was charged with a major U-turn on onshore wind after announcing that he would be lifting a ban on new turbines. He wants to make the UK self-sufficient by 2045.

Trans: The former chancellor has made it clear where he stands in the field of trans rights. He said: “The fact that we have to have a conversation about what a woman is is quite frankly extraordinary. As the parent of two young girls and married to one, I know exactly what a woman is. a debate on this. I’m going to stand up for women’s rights, whether it’s the language people are trying to erase from public life, access to locker rooms, sports – we have to stand up for women’s rights. It’s not bigoted or in any way narrow-minded to say that.” Sunak launched his campaign by promising a new “manifesto of women’s rights”. He has pledged to protect the terms “women” and “mother” as he blamed the Equality Act for promoting “woke nonsense”.

Mother Nature turns up the heat; 100-degree-plus readings in East...