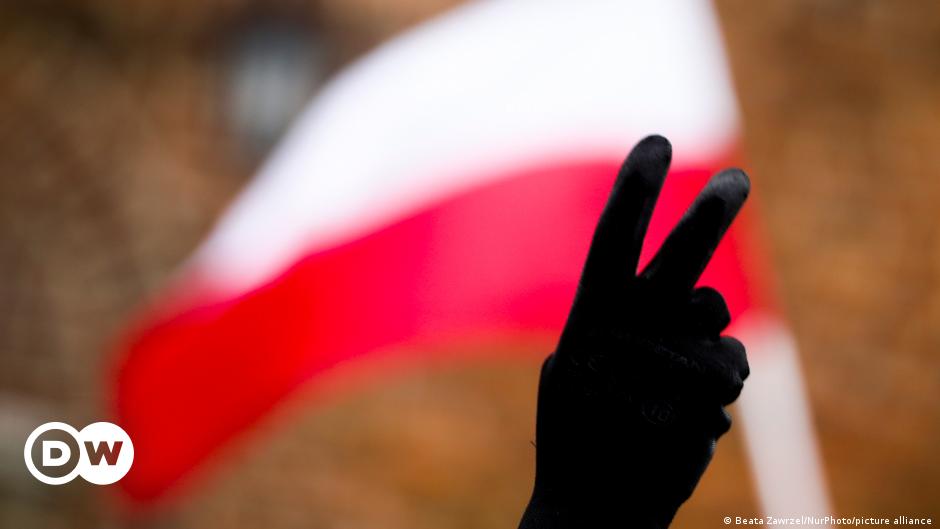 Polish President Andrzej Duda pulls up in his car. He has come for talks with the presidents of Latvia and Lithuania. As he enters the venue, large letters adorning the two-story building glow far in the distance and spell out “Polish House” against a red background.

The location is ideal: it’s in the middle of a promenade that serves as the main boulevard for the World Economic Forum (WEF). Polish House offers a bar and room for lively debate, as well as other areas for quiet conversation behind closed doors.

A house all your own

“It was the president’s idea to establish Polish House during the World Economic Forum. It is intended as a point of contact during the WEF and to strengthen ties with Poland, especially business ties, but also political ones,” explains Sylwia Dalecka , director of Polish House. Dalecka, who has been involved with Polish House since opening in 2019, tells TBEN that 60 employees work there, with duties ranging from catering to security.

“We are the Polish bridge to freedom,” says Dalecka, quoting Duda. Poland’s support for Ukraine is a frequent topic of daily talks, as are plans to overcome the energy crisis and strengthen cybersecurity.

Businessman Peter Beschnidt enjoys his visits to Polish House. He and his wife, Elzbieta, advise Polish and Swiss companies. Beschnidt worked in Switzerland for many years and now wants to promote trade between the two countries. “I was able to have very good discussions here right away,” he says.

Question and answer with the president

Tea and coffee are served on the first floor. Some television teams set up their equipment in a room nearby. The room is hung with Polish flags and soon the president himself will make a statement and answer questions from the journalists who have gathered here.

Duda arrives, accompanied by a security team, and reports on the encounters with his Lithuanian and Latvian counterparts. Not only do all three countries share common security interests, their conversations have been dominated by Russia’s ongoing war in Ukraine and the consequences it has had on the world stage.

“We want this war to be over as soon as possible, and it can only end with Ukraine’s victory,” says Duda before adding, “Russia must be defeated.”

Duda is highly sought after by the WEF

Duda doesn’t have much time to answer journalists’ questions. Soon he has to move on to his next meeting. There is a lot of demand for the Polish leader in Davos. On numerous stages he thinks aloud about Europe’s ability to defend itself, possible tank shipments to Ukraine and the need to restore security and peace.

Duda seems to enjoy the attention. Participants from 130 countries have come to Davos for the World Economic Forum, including 50 heads of state and government, 200 ministers and 1,500 business leaders. Some speak of the “global elite” gathering in the Swiss mountains this cold January. “The WEF has returned to Davos,” says Duda with conviction. “The atmosphere here is very dynamic.”

Polish Prime Minister Mateusz Morawiecki, Finance Minister Magdalena Rzeczkowska and a representative of the Council for Digital Affairs are also in Davos. Many representatives of the Polish business community also came. Modern, open and confident is how they present themselves in Davos, and Polish House embodies this image.

Mark Bednar is head of business sales at Klima.Metrix, a company that provides software that helps companies measure their carbon emissions. It is a growing industry as more and more companies in the EU have to report emissions.

At Polish House, Bednar quickly came into contact with the head of one of Poland’s largest banks. “It was a very friendly welcome and we immediately started discussing concrete things. It was much easier than having to send a request in advance,” explains the young businessman.

At the end of the week there is a Polish party in Davos, complete with pierogi, vodka and a lot of guests. Dalecka and her team organized the event. “There will also be live music,” she says. “It’s an all-female band called Electric Girls.” Then Polish House will be even more full than now.

This article was originally published in German.