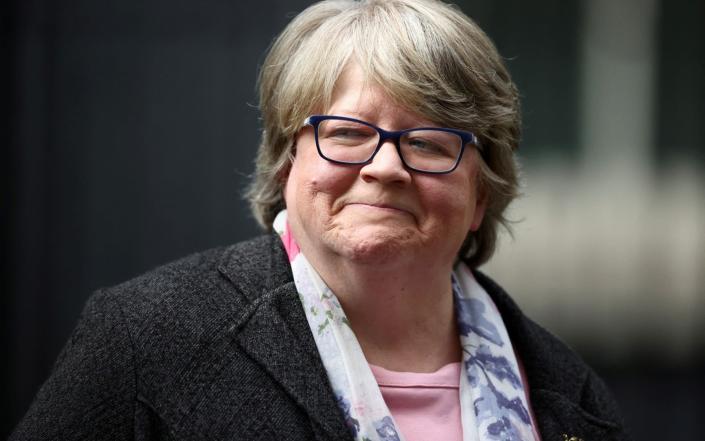 Therese Coffey has admitted that a new government promise that patients will be seen by a GP within two weeks could mean getting a phone call.

The health minister is unveiling a “Patient Plan” today, telling GPs to give any patient who wants one an appointment within two weeks, with same-day slots for the most urgent cases.

But Ms Coffey admitted this morning that the policy will not only include in-person consultations, but also telephone and video consultations.

She told LBC Radio that the government wants GPs to “see patients” and when pressed on what that actually means, she said: “Well, I think that’s open to the GP-patient relationship. I know that during the pandemic there are several ways people have interacted with seeing their GP.”

When asked if a phone call could be included, Ms Coffey said: “I’m not going to over-prescribe. I know some people like just getting a phone call, but they may need to go to the doctor. I know that other patients are very excited about that.”

GPs have criticized the announcement of Therese Coffey’s appointments, arguing that just because the government sets a new two-week target will not address the key issues of lack of resources and high demand.

Ms Coffey told Times Radio that the government wants more GPs to be recruited and that is part of a “longer-term plan already in place”.

She said: “We definitely want more GPs, more clinicians, that’s all part of our longer-term plan that’s already in place.

“What I’m doing at the moment is really focusing on ABCD – the ambulances, the backlogs, the care, the doctors and dentists – but I’m very aware that almost everyone who has access to the NHS does so through primary care, through their GP, which is why I put so much emphasis on what I’m going to do to help patients get what they expect from GPs and to help GPs deliver it.”

You can read the full story on the “Patient Plan” here.

However, when the health minister speaks of the government wanting GPs to “see” their patients within two weeks, it doesn’t necessarily mean face-to-face appointments.

The deputy prime minister admitted this morning that the two-week pledge will also include telephone and video consultations.

When asked what she meant by being seen by a GP, Ms Coffey told LBC Radio: “Well, I think that’s open to the GP-patient relationship. I know that during the pandemic there have been different ways that people have interacted with seeing their GP.”

Asked if it could be a phone call specifically, she said, “I’m not going to be overly prescriptive. I know some people like just getting a phone call, but maybe they should go to the doctor. I know other patients are very excited about that.”

A busy day lies ahead in Westminster, with Liz Truss returning from her trip to the United Nations General Assembly in New York. The prime minister is expected to open a debate in the House of Commons on the situation in Ukraine this afternoon.

I am ready to guide you through the most important developments.