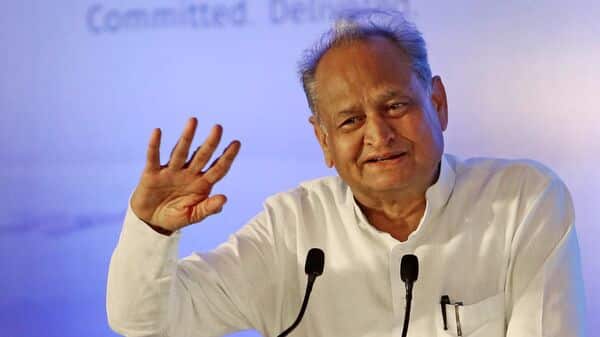 Rajasthan’s chief minister, Ashok Gehlot, said on Friday that he will participate in the upcoming presidential elections in Congress. in a video, Gehlot was seen saying: “It has been decided that I will run (for the position of President of Congress). I will set the date shortly (to submit his nomination)”.

On Rahul Gandhi’s statement regarding “One Person, One Post”, Gehlot, who is currently the Prime Minister of Rajasthan, said that the responsibility for decision lies with Congress Secretary General Ajay Maken and Party Chief Sonia Gandhi .

He added that a strong opposition is needed in the country to challenge the BJP government led by Prime Minister Narendra Modi. And he also said that he doesn’t care who will be the new leader of the Congress, it’s about making the party stronger at the ground level.

Gehlot, who is in Kerala to participate in the Bharat Jodo Yatra, said: “I have said before that I will request him (Rahul Gandhi) to take up this position when all congressional committees pass resolutions on this. He made it clear that none of the Gandhi family will become the next leader. He said that for some reason he has decided that a non-Gandhi family member will become the party leader”.

ALSO READ  The US has a shortage of land for housing

At present, there are reports that Gehlot and Thiruvananthapuram MP Shashi Tharoor will compete against each for the post of new president of Congress. He met the head of Congress’ central electoral authority, Madhusudan Mistry, on Wednesday.

The upcoming poll would certainly be historic, as the new president would replace Sonia Gandhi, the longest-serving party chairman at the helm since 1998, with the exception of the two years between 2017 and 2019 when Rahul Gandhi took over.

The side last saw a match for the post in November 2000. Jitendra Prasada had lost to Sonia Gandhi in 2000 and before that Sitaram Kesri had beaten Sharad Pawar and Rajesh Pilot in 1997.