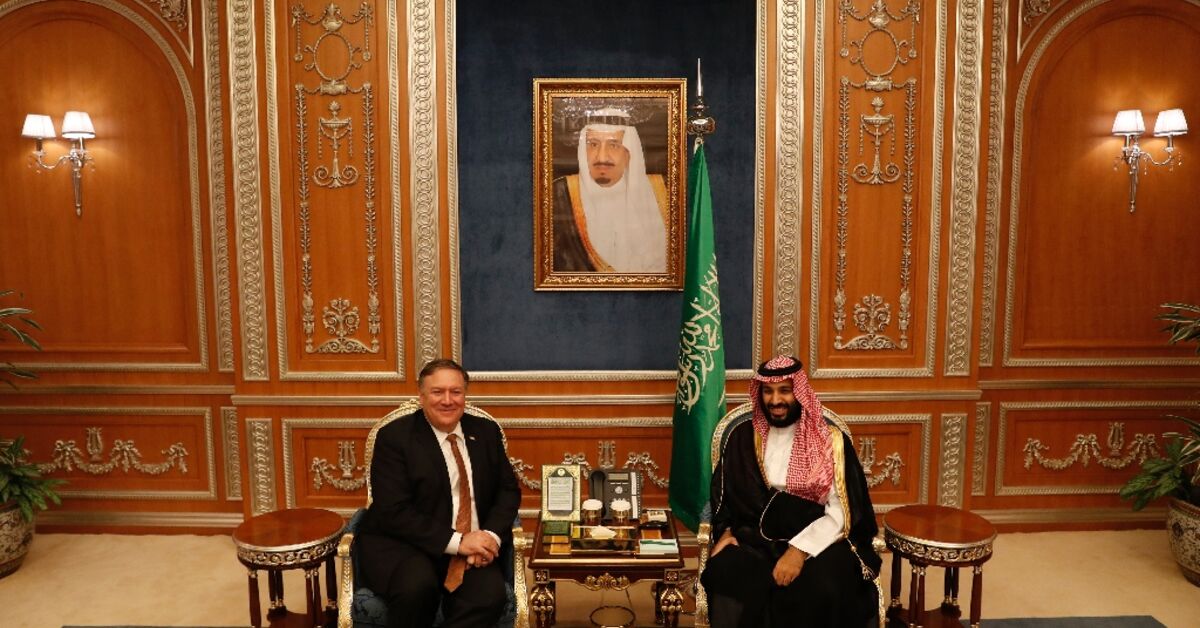 Former US Secretary of State Mike Pompeo, in a book published Tuesday, staunchly defended Saudi Arabia after the murder of a dissident writer, extolling that his diplomatic relationship with the kingdom was a “middle finger” to the US media.

“What really drove the media crazier than a vegan in a slaughterhouse was our relationship with Saudi Arabia,” Pompeo wrote in “Never Give an Inch,” a combative memoir of his time as Donald Trump’s top diplomat.

Of Trump sending him, Pompeo wrote, “In some ways, I think the president was jealous that I was the one who gave the middle finger to The Washington Post, The New York Times, and other no-grip bed-wetters. on reality.”

The CIA, which Pompeo once led, said in findings later released by President Joe Biden that Crown Prince Mohammed ordered the assassination of Khashoggi, who was lured to the kingdom’s consulate in Istanbul, where he was strangled and dismembered. minced meat.

Pompeo, in his book, did not dispute Saudi responsibility, writing, “This grotesque butchery was outrageous, unacceptable, heinous, sad, despicable, wicked, brutal and, of course, illegal.”

“But it wasn’t surprising — at least not to me. I’d seen enough of the Middle East to know that this kind of brutality was all too common in that part of the world,” he said.

He also disputed that Khashoggi was a “journalist” and mocked the media turning him into a “Saudi Arab Bob Woodward who was tortured for courageously criticizing the Saudi royal family”.

“He has spoken without respect and without humanity about a person so brutally murdered,” she wrote on Twitter.

Washington Post publisher and CEO Fred Ryan said it was “shocking and disappointing” to see Pompeo misrepresent Khashoggi “so outrageously”.

“Jamal was committed to the values ​​of freedom of speech and a free press and adhered to the highest professional standards. He paid the ultimate price for this commitment,” Ryan said in a statement.

Pompeo insisted that Crown Prince Mohammed was a reformist who “will prove to be one of the most important leaders of his time, a truly historic figure on the world stage”.

He said there should have been more focus instead on Turkish President Recep Tayyip Erdogan, who criticized Saudi Arabia over the assassination. Pompeo wrote that the Turkish leader had “become completely Islamist-authoritarian”.

After Israeli forces killed 10 Palestinians in Jenin, 7 Israelis were killed in Jerusalem