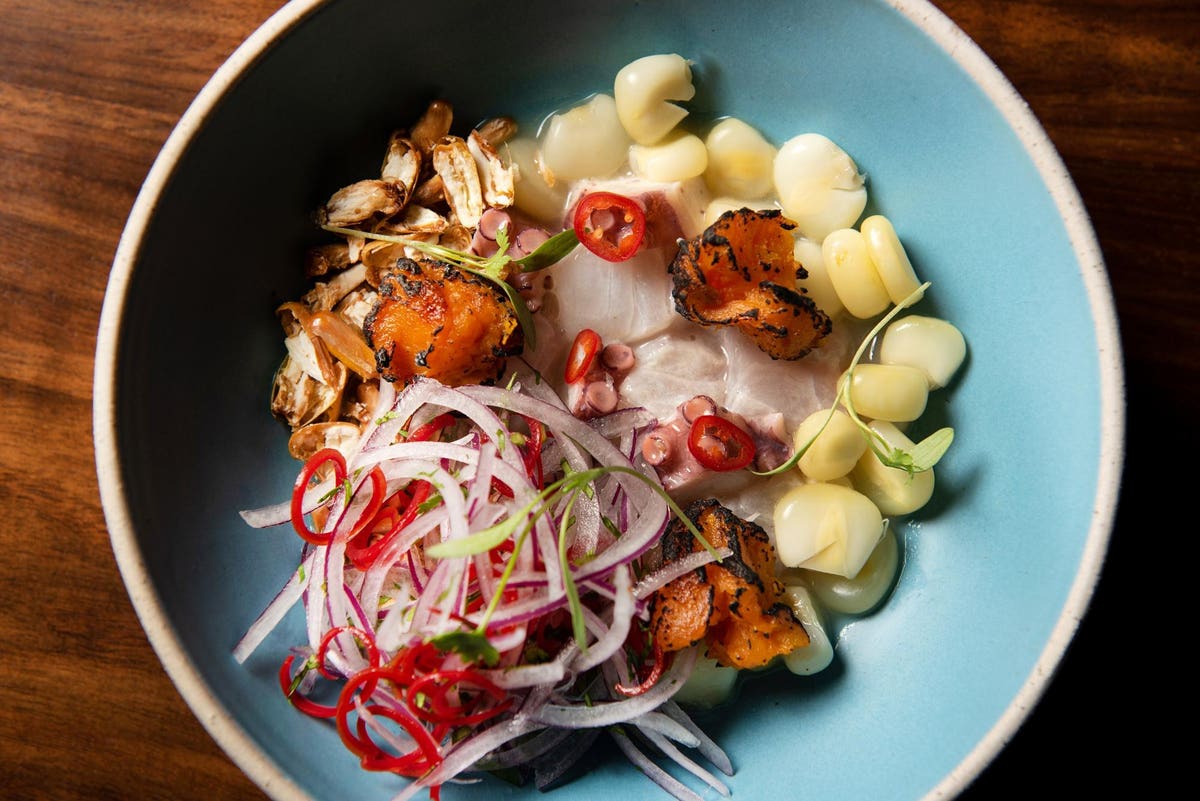 In recent years, before the pandemic, travelers flocked to Peru for more than Macchu Picchu: the country was finally recognized as one of the world’s elite food destinations for its multi-layered cuisine blending Inca, Spanish, Moorish, African, Italian, Chinese and Japanese influences. With one of the country’s greatest chefs, Diego Muñoz, arriving in New York at Ian Schrager’s recently opened Popular restaurant at Public Hotel, food lovers don’t have to travel to South America; the best of Peruvian cuisine has come here.

Muñoz, previously chef of the restaurant in Lima Astrid y Gastón when he was named best restaurant in Latin America by the 50 best restaurants in the world, is in charge of the menu in collaboration with New York chef John Fraser overseeing operations and sourcing local ingredients. . (The two are also in charge of restaurants at other public hotels: Muñoz in Bodrum, Turkey; Fraser in Times Square and West Hollywood in New York.) The combined influences produce a unique midday brunch in New York City, starting with a band of Latin music and salsa performances, continuing with Peruvian cocktails highlighting the famous Pisco Sour and featuring dishes that are both Peruvian originals or variations of the brunch classics here.

“I am very happy to bring the essence of my Andean homeland to this cherished weekend ritual here in New York,” said Chef Diego. “I’ve seen revered brunch favorites as a model for creating new and original dishes that are familiar and heartwarming but have unexpected and exciting flavors that delight the senses.”

Judging from a recent tasting, they really do. Those who want to stay in a more familiar area but with a few Peruvian touches will find dishes such as eggs benedict topped with rocoto sauce (a chili) and jamon del pais, Peruvian roasted country ham seasoned with aji panca peppers, garlic and spices; Avocado toast with marinated shallots, peppers, poached egg and smoked salmon and French toast with vanilla and raspberry compote, mascarpone and bacon.

But it’s especially rewarding to dive straight into the simpler Peruvian contributions starting with a trio of silky ceviches, oysters with the medium-spiced yellow chili aji Amarillo or the seafood platter of oysters, shrimp, fresh fish of the day and homemade salmon with leche de tigre, the citrus marinade used in the ceviche, and the marinated chalaca, the chopped salsa with red onions, tomatoes, aji Amarillo and lime. Main dishes worth trying are the tasty crispy sticky shrimp with chow mein and roasted peanuts, the lomo saltado montado consisting of filet mignon, onions, tomatoes, chili-soy and fried eggs and the half chicken. spiced over a wood fire pollo a la brasa. And you can’t resist the churros, these crispy strips of fried dough sprinkled with sugar and served with chocolate and pistachio dips.

Besides the menu, another plus for the restaurant is its location on the ground floor of the hotel. On the other side of the dining room is a large patio adorned with plants and away from the street and traffic noise. In the moderate temperatures of early fall, this is a perfect place to spend a weekend afternoon.

The Bharat Express News - October 23, 2021 0
In our zeal to help children catch up with school after learning remotely during parts of the pandemic, and to minimize the spread of...