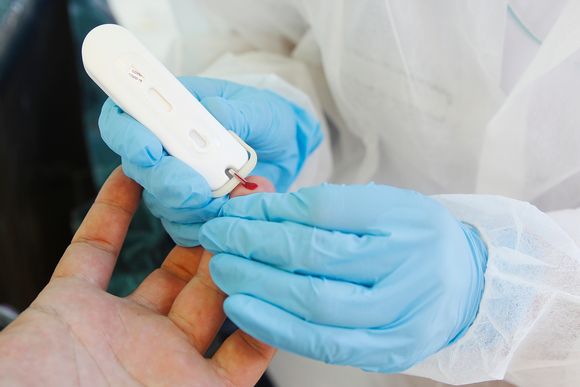 Thousands of people in Finland have been tested for antibodies against the coronavirus, with some employers even offering the test to all of their employees. Private clinics charge around 100 euros for the test, which doctors in public clinics rarely order.

Private healthcare company Terveystalo said it has performed some 4,000 antibody tests so far, with around 5% of samples coming back positive.

“There was a wave of demand for the test when it came out in the spring, but interest has since waned,” Piia Aarnisalo, said the director of laboratory diagnostics at Terveystalo.

Mehiläinen, another private supplier, said about 4% of its antibody samples were positive.

Is it worth it?

The THL Institute of Public Health said people should not take the test out of curiosity, saying relatively small sample sizes can affect the accuracy of the test.

“But if you think you’ve been exposed, have had the symptoms, and have never had a swab test, you can go ahead and get it and probably receive an accurate result,” Director THL research Arto Palmu said.

A negative antibody test will not appease border officials, however. Travelers may still need proof of a recent negative test upon arrival in some countries.

No one knows how long the immunity lasts after someone has had Covid-19. A study by THL and the City of Helsinki detected antibodies in people at least four months after having had the disease. The study will then look at antibody levels in people six to seven months after contracting the virus.

At the moment, it looks like people in Finland who have had the virus will also receive the Covid vaccine.

“In Finland there was no discussion of the different recommendations for people who have had the virus. This is probably because there is no real certainty about immunity against a natural infection. “, Palmu explained.

Poll: Less than a third plan to celebrate Christmas with a small group this year